I hate seeing mothers cry in their beer 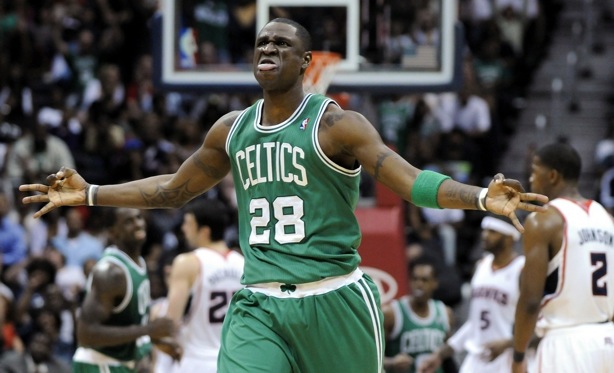 
"MP will not play for the veteran's minimum. Period," said McCandless. "It's not happening. That's the beginning, middle and end of that. ... He is not a veteran's minimum player. There's no chance he'll ever sign for that."

"I've had the veteran minimum thrown at me like hubcaps," added McCandless. "In this collective bargaining agreement, a component of any player's wishes and desires is the money teams are willing to pay. They're pro athletes. My mother might cry in her beer when Johnny Damon runs away to the Yankees, but you and I understand it's a business."

Pietrus' agent Bill McCandless seems like an interesting fellow. I don't blame him for anything he said. Just a different way of saying it. Yes, Peaches deserves more than the vet minimum. And it's awesome that he still wants to play for the Celtics. After we signed Jason Terry, Pietrus still had a role. But then we also re-signed Jeff Green and Peaches presumed role got smaller. When the C's traded for Courtney Lee, that essentially meant the end for Pietrus in Boston.

Terry, Lee, and Green will back up Bradley and Pierce. There aren't any more minutes left. Sucks a bit though, since Pietrus was a very likable Celtic and really wanted to return.

Pietrus deserves more than the vet minimum and he deserves more playing time than Boston can offer him. Not sure why his agent still is considering Boston. Short of the Celtics trading Pierce or Bradley, there is no longer a fit in Boston. I think the Celtics would have considered keeping Pietrus long term, but his play in the playoffs was a bit uninspiring. Lee's younger, healthier, and has produced more of late. That's the breaks of the business.