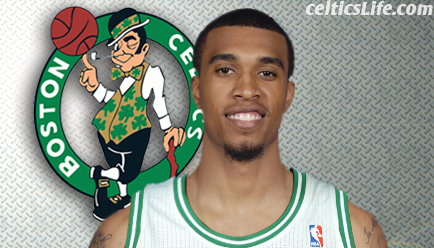 A time honored tradition with new Celtics is when they are told that their current jersey number is either already taken or retired. This is then followed by the player being told that their 2nd and 3rd choices are also taken or retired. Then the Celtics lay out the few options that are left and recycled. Courtney Lee's #5 is obviously taken by one Kevin Garnett, who took it because his #21 is retired in honor of Bill Sharman. Sharman had a worthy career, but sort of tarnished it by being the Lakers coach that finally got Los Angeles a title (figures they'd need a Celtic).

KG wearing #5 actually works out well for Lee as he gets to go back to #11, which he wore on the Orlando Magic, when his star shined brightest (no corny pun intended). #11 was worn by Sasha Pavlovic this past season, so those are some HUGE shoes to fill.