Video: Doc Rivers talks draft, having to coach against Austin 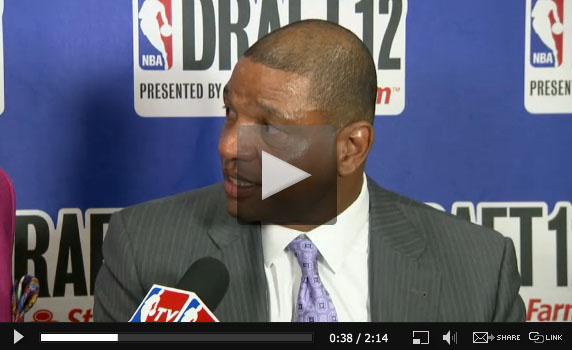 NBA reporter Craig Sager (and his colorful suit) was present at the NBA draft tonight and interviewed Celtics head coach Doc Rivers about Austin being drafted by the Hornets, and what it's going to be like to coach against his son this coming season. Click here for the video, courtesy of NBA.com.

Also, check out Austin Rivers' interview, where he claims he wasn't surprised when Doc refused to put on the Hornets hat after Austin was drafted. Doc, a loyal Celtic, donned a C's hat when posing with Austin for a photo op (see photo).