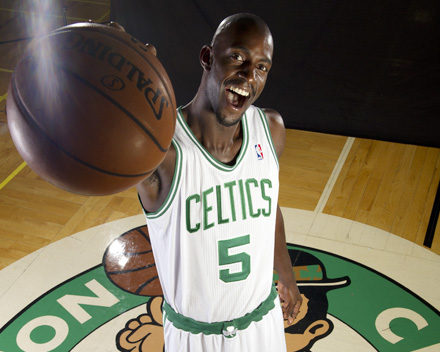 Kevin Garnett has made his decision. He will be back for the Celtics:

Kevin Garnett is staying with the Celtics. The Herald has learned this morning that Garnett has informed the club he will be back.

The 36-year-old considered retirement, but ultimately decided to return for an 18th NBA season — and more.

According to an NBA source and a source close to Garnett, the sides are working out the details of a deal that will be for at least two years and could possibly include a third.

“The decision came down to whether KG wanted to keep playing,” said one source. “And once he decided that he did, it was going to be Boston. He wasn’t going to leave Doc (River) and those guys and play anywhere else.”

I cannot think of a better way to start the offseason than the news of Kevin signing for at least two more years.
Thank you Kevin! Now let´s get Ray back too.