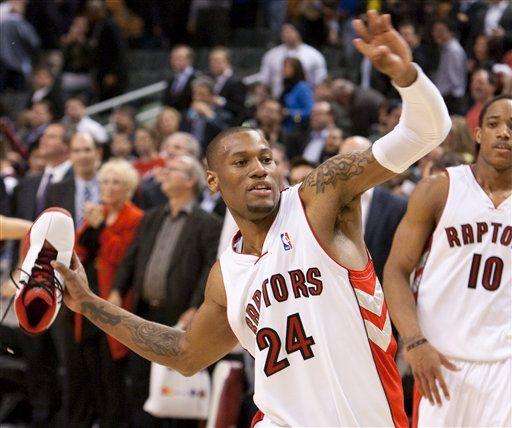 Sonny Weems is super athletic and still young (turns 26 this Summer). He can't really shoot from the outside and you'll have to ask someone who watched the Raptors from 2009-2011 for a scouting report on his defense. He did average 9.2 ppg during the 2010-2011 season.

Highlights from Weems' season overseas after the jump.