What the Hell Happened to...Ron Mercer? 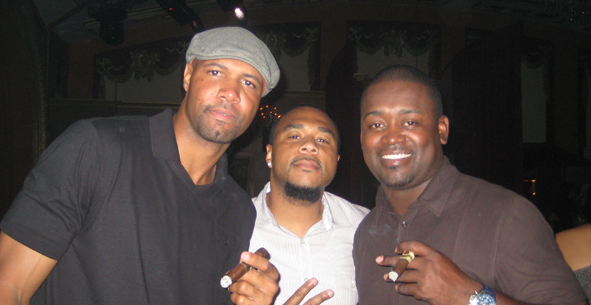 Imagine there was a guy that played for the Celtics that was rated higher than Kevin Garnett and Stephon Marbury as a high school senior in 1995.  Imagine that guy went to Kentucky and won a National Championship, making the All NCAA First Team, so you knew it wasn't a fluke.  Now imagine he's drafted by the Celtics.  He has great size for the 2 or the 3 since he's 6'7.  Fast forward one year and the Celtics have another young guy also 6'7, a rookie named Paul Pierce.  People aren't sure who the better player is.  If you think I'm making this up, you don't remember the summer and fall before the lockout shortened season of 1998-99.  You definitely don't remember this week's What the Hell Happened To player, Ron Mercer.


Things were coming into place nicely.  With the highly-touted Evil Emperor on board, Antoine Walker having wrapped up an All Rookie First Team Selection, and #6 overall pick Mercer and #3 overall pick Chauncey Billups also in the plans, the Celtics were back.  I remember opening night of the 1998 season.  They knocked off the Bulls, the two-time defending champs.  Travis Knight was hitting deep jumpers.  Antoine played awesome.  And I proudly broke out my Celtics hat the next day even though I wasn't even a hat-guy.

Ron made All Rookie team after that first season with the Celtics.  And even though the team struggled, things were looking up for the Celtics.

But after Pierce's rookie year the Buffoon and Evil Emperor felt Mercer was expendable and they traded him to Denver for Danny Fortson. [Tangent time: I'm actually surprised they didn't fuck that up.  The Evil Emperor gave breaks to some guys who probably didn't deserve to be in the NBA (e.g this guy).  And then they move Mercer instead of Pierce?  Maybe I shouldn't be so hard on that Buffoon.  Hmm....no, I definitely should be.]
Later on when he was included in the Ron Artest transaction for Jalen Rose, I really thought he was the best player in the deal.  I thought Ron Mercer was better than Ron Artest.  I wasn't right.

Why, oh why didn't it work out for Ron Mercer?  I remember being at the Celtics-Pacers game when Robert Parish's "00" was raised to the rafters.  I remember watching Ron closely, coming off screens, hitting mid-range jump shots.  He had a great first step and was super athletic.  My first thinking was that he was the best shooting guard the Celtics had since Reggie Lewis and his game reminded me a lot of Reggie's.

He put up good numbers for his career, which included stints in NJ, Chicago and San Antonio in addition to the Celtics and Pacers.  It's crazy to think that he's a year younger than Ray Allen, who continues to play at a high level.

Was Ron not committed?  As soon as he got paid did he stop caring?  What's your memory of Ron Mercer and why was he out of the league at 28?  Is it a case of what Bryant Stith complained about years ago in Cleveland, when a guy gets to a certain point, regardless if he has more talent than the younger player, the younger guy has more "potential" making the older guy expendable?  Did Ron play anywhere else after 2005 outside of the NBA?

Since being out of the NBA, Ron really kept out of the spotlight.  He had one incident involving him in 2007 where he was arrested for a misdemeanor assault following a brouhaha at a strip club.  Click here for a groovy mugshot. 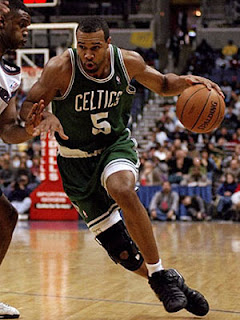 But alas Ron has resurfaced today, and you can bet your last dollar Celticslife located him!  You can book Ron for your next event or function.  After retiring from the NBA, Ron continues to stay active in the community through a series of athletic camps and public speaking.  Some of these have/will include:

What exactly is the Ron Mercer Easter picnic?  Does he dress up like a big bunny?


You can even sign up for the Ron Mercer basketball camp this July. Otherwise I have a hunch that Ron wisely invested his fortunes from playing in the NBA, and is living comfortably, chillaxing even more than this guy.  If you want, you can follow Ron on Twitter here: https://twitter.com/rmercer33.  You can see many more pics of Ron smoking cigars and playing golf there as well.