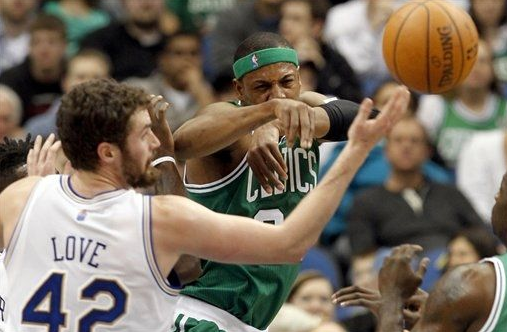 Kevin Garnett and the Boston Celtics were able to muscle out a hard fought victory over the Minnesota Timberwolves.  This game was physical on both ends.  However, it was not officiated equally.  The Timberwolves were the beneficiary of the calls but it did not seem to matter as they lost, 100-79.
Garnett turned it up in the second half leading the way with 24 points in this game for the Celtics.  Down the final stretch to seal the deal, he came up with big shot after big shot over Kevin Love, who is still learning the defensive side.  Always an emotional player, KG was ready for this one as he had a few choice words (or no good things to say) about the organization prior to this game.
What stood out in this game is that Boston plays both ends of the floor while the Timberwolves are mostly an offensive team.  Led by Garnett and Avery Bradley, Boston limited Kevin Love’s ability to take control of the pace.  Love was surrounded with Celtics jumping passing lanes, being physical and helping on the glass.
Ray Allen continues to miss time but has allowed Bradley to shine.  Dropping 17 points on 6 of 9 shooting with 3 steals is becoming the norm for this young guard.  With Bradley starting, the Celtics have a shorter bench.  Keyon Dooling and Greg Stiemsma stepped up in this game combining for 16 points.
Rajon Rondo continues his double-digit assist streak to 11 games with 17 tonight.  With everyone around him putting the ball in the basket, Rajon has not needed to score.  Brandon Bass continues to play well as a starter, helping the Celtics take over the division lead with tonight’s win.
The officials were tough on the Celtics tonight giving the Timberwolves a +14 in free throw attempts and -9 in fouls called. Credit the Celtics for keeping their composure and focusing on the game.  The team needed this win because the next four games will be a nice test before playoffs come around as they play the Bulls, Spurs, Heat and Pacers. 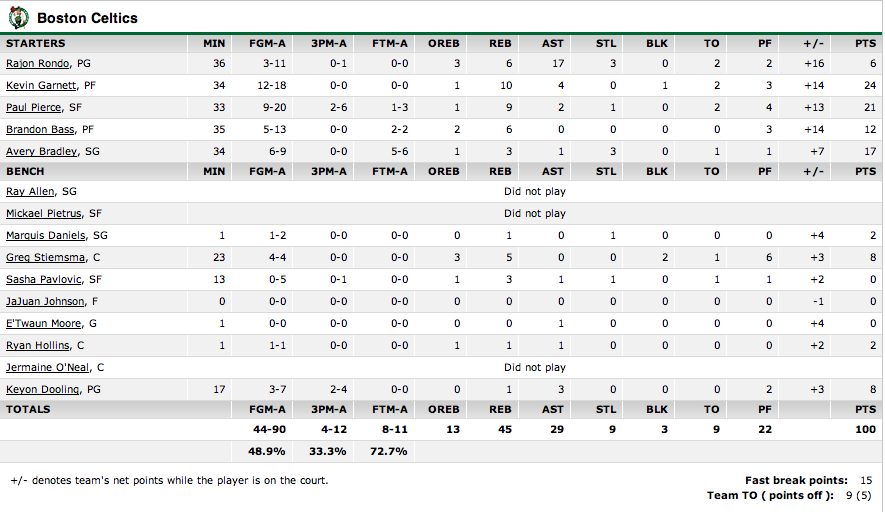 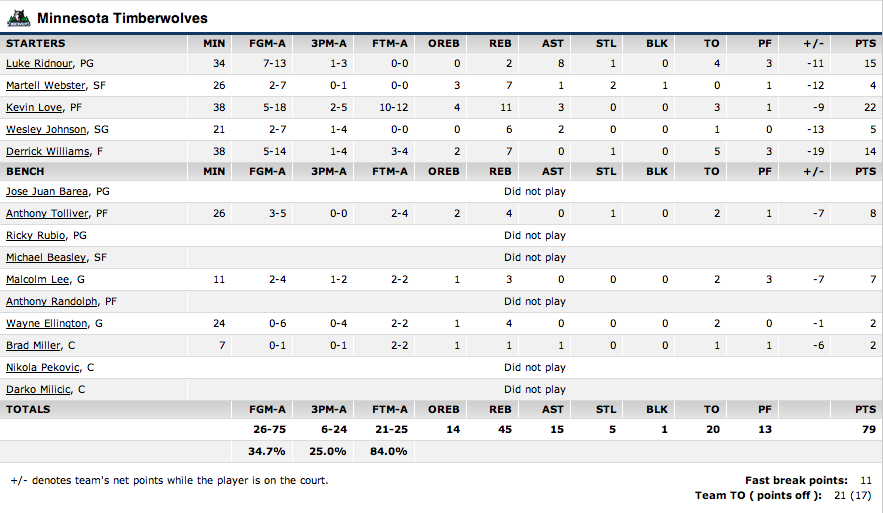