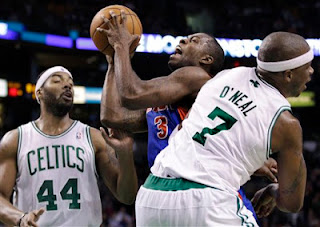 Celtics bigs Jermaine O'Neal and Chris Wilcox underwent surgeries on Friday and Thursday, respectively. Both operations seemed to have gone well with no complications.

According to ESPN, Jermaine O’Neal underwent successful arthroscopic surgery on his wrist, which was performed by Celtics team physician Dr. Brian McKeon and Dr. Drew Terrono.

There don't seem to be any official reports about Wilcox's aorta surgery at the Cleveland Clinic on Thursday, but according to Wilcox's friend on Twitter, it was successful.

Hopefully they will have speedy recoveries! Neither are expected to return to the NBA this year, but a surgery without complications is the first step to recovery.

JO tweeted some before and after pictures from his surgery, seen after the jump.


Thanks for all the love today! The surgery went great but still a little sick and drowsy. But I'm good other than that!
— Jermaine O'Neal (@jermaineoneal) March 31, 2012 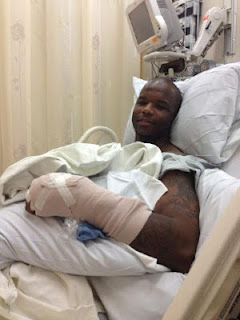 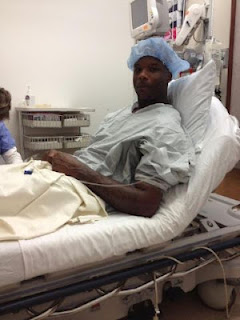