Clifford Ray returns to the NBA with the Kings 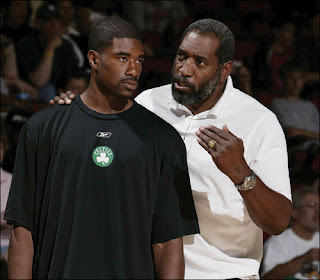 There was a new face at the Kings' practice facility this morning working with center Hassan Whiteside after the team's shootaround.
Clifford Ray, the former center and longtime coach in the NBA and CBA, will be working with the Kings as a consultant primarily for the team's big men when the team is at home, Smart said.
"He just has a way of talking and communicating with bigs who perform like a five-man," Smart said.
"I've seen all the guys that I've had, big guys that he's worked with, how they developed and developed mentally, how they developed to understand the game from the five position," Smart said. "That's really good teaching that our guys need to understand."

We still have never heard the Celtics side why they got rid of Ray. Would be nice to have him working with JaJuan Johnson and Greg Stiemsma right now. That said, the Kings have a bunch of players that could use his tutelage, so this seems like a good fit. Keith Smart has coached with Ray both in Cleveland and the CBA previously, so that definitely helped to make this happen.

Ray was credited with helping to develop Celtics big men Kendrick Perkins, Al Jefferson, Leon Powe, Ryan Gomes, and Glen Davis before being told he would not be retained shortly before last season. We wish Clifford the best of luck in Sacramento.