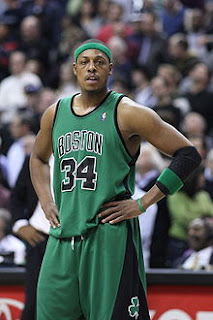 Pierce's game stats for the week, from NBA.com:

Feb. 5 vs. Memphis: Closed the week with 21 points, six rebounds and six assists during a 98-80 victory over the Grizzlies.