Jeff Green Update: Doctor says Green "would have had more of a problem coming back if he'd torn an ACL" 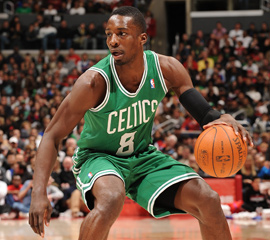 David Aldridge's most recent NBA.com update included a lot of info on Jeff Green. Not only did Aldridge speak with Jeff Green's agent Falk about his health, but also about whether he might play for the Celtics when he returns.


Every patient condition is different, of course, so their operations and recoveries will be different, too. But several NBA players, including Etan Thomas and Ronny Turiaf --now with Washington -- have undergone heart-related procedures in recent years and been able to return to the court and be productive players. Falk said the doctor who perfomed the operation on Green at the Cleveland Clinic said it was, relatively, a "simple procedure" that physicians have improved on dramatically in the past few years, to the point where it's almost considered routine.

"He told me (Green) would have had more of a problem coming back if he'd torn an ACL," Falk said.


More on whether Jeff might return to Boston next season after the jump...

Boston decided to rescind the one-year, $9 million qualifying offer it had tendered to Green in mid-December, after his condition was revealed. That means Green will be an unrestricted free agent next summer. With Boston looking slow at the start of the season, not tying up the 25-year-old Green to be part of the team's new core would seem to be a gamble -- an understandable one, given the circumstances. But a gamble nonetheless.

But Boston is still in the mix.

"It's a place he's going to give very strong consideration regardless of his status," said Falk, Green's agent, on Friday.

The Celtics were proactive in helping Green find the source of his problems after his physical with the team in early December revealed a problem. Boston provided a number of specialists for Green, who recommended he undergo surgery.

"I thought they handled it really first class," Falk said. "They helped us with the doctors. They were terrific. He's going to go back to Boston and rehab. He was very appreciative. It's not like he'd been there for a while."

But Boston nonetheless got off the hook for the $9 million by rescinding the offer.
"I tried to talk them out of it, for their own benefit," Falk said. "But they had reasons. It was like a Christmas present. If you have the choice of being a restricted free agent or an unrestricted free agent, I don't think too many people would say I'd like to be restricted." (Danny Ainge, the Celtics' president of basketball operations, did not respond to texts over the last few days.)...

...The Wizards, according to sources, have long coveted Green, who played locally at Georgetown and who would provide some desperately needed maturity and young experience next season for one of the league's most callow teams. Assuming the Wizards use their amnesty provision next summer to free themselves from the final season of Rashard Lewis's contract -- $22.69 million -- they'd be in prime position to give Green a big payday, assuming everything checks out post-operation. And if the Nets, say, lose out in the Dwight Howard-Deron Williams sweepstakes, they'll have a lot of flexibility, too.