Sensing he can't be a Knick, CP3 now wants to be a Laker 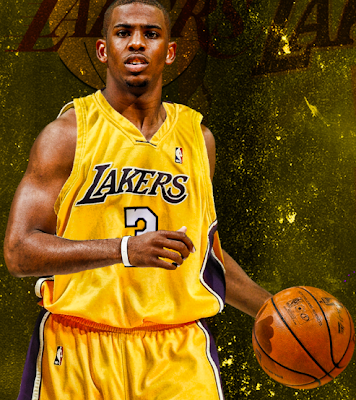 No matter how badly Paul wants to join forces with Carmelo Anthony and Amar'e Stoudemire, it seems clear that he realizes he can't get to New York via trade this season. As a result, his new favorite destination, I'm told, is the Lakers.

And what about the Celtics chances?


The Celtics, for example, have the assets (Rajon Rondo) and the incentive, but sources close to Paul says he has no interest in a long-term future in Boston and that reality might have moved the Celtics to the back of this pack.

So it might be time to forget about Chris Paul wearing Celtics green and start worrying about Danny Ainge now trading Rajon Rondo for a lesser player. If Chris Paul becomes a Laker, so be it. I just don't want them then to also get Dwight Howard. He's the biggest available fish out there.