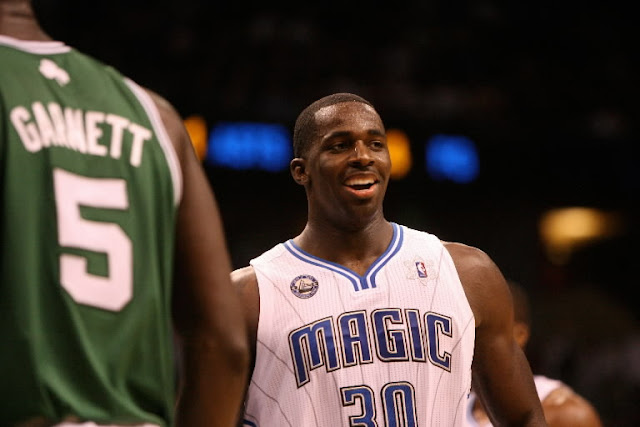 The Celtics have apparently decided that Glen Davis’ future is better elsewhere.

According to a league source, the Cs are in discussions with Orlando to send Big Baby, in a sign-and-trade deal, to Orlando for power forward Brandon Bass - a player Magic management had been very high on at one stage.

In addition, the Celtics are pursuing Chris Wilcox, a journeyman big man who played with Detroit last season. The team is also finalizing a trade for Bucks guard Keyon Dooling and a second round draft pick. The Cs will only trade the rights to Albert Morales - a player they have held the rights to for the last five years.

Negotiations have been completed to sign Marquis Daniels, Michael Sweetney has been invited back for hsi second straight camp, and the Celtics will also introduce Jamal Sampson, a player who starred in the NBDL last year.

News is just coming non-stop!  We already have so many posts, that my heartfelt article about Rajon Rondo is now not on the main page anymore.  Don't worry you can view it here.

I see the logic behind pursuing Brandon Bass who is a stronger body and will help the big guys get some rest.  I just think Glen Davis has more potential.  Maybe the Magic are afraid of more game winning shots from this charismatic player.

Update 2:08pm via A. Sherrod Blakely


BBD to Orlando for Brandon Bass is "a done deal" now.


Glen Davis' new contract with the Orlando Magic is worth $26 million over four seasons, according to Yahoo! Marc Spears. The Magic acquired Davis in a sign-and-trade deal with the Boston Celtics by shipping out power forward Brandon Bass, who was due $8 million over the next two seasons.