What the Hell Happened to...Bob Bigelow? 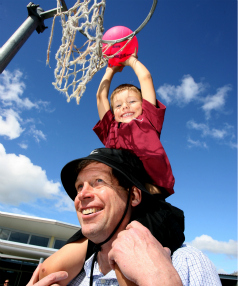 This week in What the Hell Happened To, we go back to the 1970s when we remember Bob Bigelow (not to be confused with Deuce Bigalow).

Bob grew up in Winchester, MA and after a growth spurt became a high school star at Winchester HS.  He'd earn a scholarship to play his college basketball at the University of Pennsylvania, under Chuck Daly.  When he graduated he was drafted in the first round, with the 13th pick overall pick of the Kansas City Kings.

Bob would play his first 2 seasons with the Kings before being waived in November of 1977.  In February of 1978, he was heading to Boston.

However Bob would only appear in 4 games for the Celtics.  3-12 from the field for 6 points.  In 17 total minutes played.  He picked up a foul too.   His Celtics career was over.


He'd latch on with the Clippers (and Sidney Wicks) in 1979 for his final season.  All in all, he lasted 4 seasons and appeared in 94 games.  His per 36 minute average was 11 ppg (I think my per 32 mpg high school senior scoring mark would've been around the same).

Speaking of the aforementioned Rob Schneider film, I wonder if Bob was peeved by it?  Him being a public speaker, well, the first thing I thought of when I heard the name "Bigelow" was Rob Schneider and his cheesy character.  Hopefully this article will make us think of Bob in the future, rather than Rob.  (Sort of like my intention was for Mark Bryant to replace Bean when thinking of "Bryant," though that hasn't caught on around here.)

Another interesting thing is most players who appear in the WTHHT segment have pictures of them when they played, not more recently from today.   Bob appears to be the exception to this rule as there's a plethora of images of him today.  That's because today Bob is considered a youth sports crusader.  He gives lectures on how parents shouldn't intervene with their child's sports when they're little.  How the child should determine how much they like the sport and how far they will pursue it.  As you can see from this short video, he makes some very legit points:

My question for Bob is what happens to those who don't bloom?  In all seriousness, the points he makes are extremely valid.  You'll have this over-the-top, balls-to-the-wall parent pushing their kid to extremes.  It rarely pays off.  It's true you never hear of Michael Jordan before age 15.  And while it does matter for some (LeBron) for others it never comes true (Felipe Lopez) and someone I went up against in elementary school, Jarrett Lockhart.  [Jarrett was dunking in 7th grade; he wound up playing Div 1 basketball at University of Pittsburgh but never sniffed the NBA that everyone said he would]. 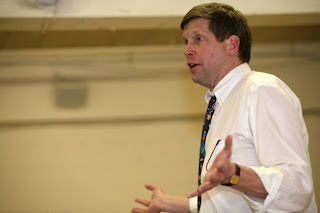 But he really does seem to be onto something.  He doesn't think he'd make the pros in today's era with all these parents pushing their kids.  He goes on to say:


“Coaches would have seen me when I was probably in fifth or sixth grade when I was tall but angular and awkward and would have made the decision that I really wasn’t a good basketball player. I didn’t start playing basketball until I was 14 years old, and seven years later I was a first round draft pick for the NBA. The good news for me is that back then we didn’t have a system where we had amateur adults making decisions that could have lifelong effects on children who maybe hadn’t yet revealed their potential.”

I actually really agree with Bob and have pondered that in the past.  That is, someone who doesn't play basketball until a certain age (Hakeem Olajuwon comes to mind) and then becomes an amazing player.

This has been something occurring since the 1970s.  Bob states it best:


"Before 1970, there was no such thing as pre-ninth grade soccer in this country, other than in ethnic enclaves in cities: Lithuanian, Portuguese. In places like that, soccer had been around since the turn of the last century. But what happened is that soccer became sort of the suburban, exurban sport of kids. They were the first sport to go after 5-6-7 year olds on an organized venture. As you both remember, Little League Baseball (which has been around since 1939) never started until 8 yrs old. They weren’t allowed to.  When soccer came into the fold in the Seventies, we soon saw the advent of T-ball. Because obviously the people who do baseball understood that kids couldn’t pitch a ball over the plate. Much less hit it if it came over the plate." 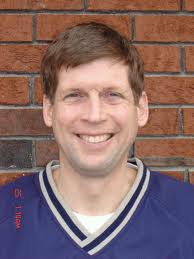 Well there you have it.  Thanks soccer parents from the 1970s for me needing to hear about the next NBA star who is 6 years old.

You can learn more about the message Bob preaches at his website, www.bobbigelow.com.  He also is co-author of the book, Just Let the Kids Play, which surely expounds on his beliefs.  Of course if this book was about his career, I'd certainly pick it up and read it (if you don't believe me see Conley, Gene and Abdul-Aziz, Zaid).