Owners Give Players "Take It Or Leave It Offer" 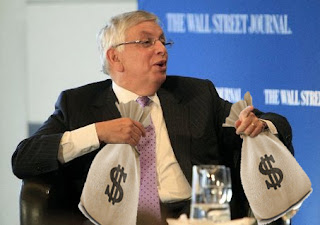 
Once again, Stern has taken complete control of labor talks. With sense union is crumbling, he gives dropdead, take-it-or-leave it offer.

Here's what I think this comes down to by Wednesday for the Players Association: Accept deal, or decertify union and blow up season.

The players have until the end of Wednesday's business day to accept. Otherwise, owners will go back to their even more heinous offer of earlier in the summer. If you're curious the deal the owners are offering now is essentially the same crappy one they've been offering the past few weeks. They didn't increase their offer. The players have made all the concessions. With that said, I would recommend to the players that they accept the deal being offered. Otherwise, no season and they all lose millions. For some players that wont mean much, but for the majority of players that don't make the max or close to it and only have an NBA shelf life of about 6 years, they simply can't afford to lose a season's pay just for the sake of their competitive egos.

Yes, the owners win with this deal, but better to be on the losing side of billion dollar negotiations than to be unemployed. If this goes to a vote, I'm pretty sure more than 50% of the players take it. It's possible Fisher, Hunter, and Kessler won't let it go to a vote and that would be a shame.