What the Hell Happened to...Andre Turner? 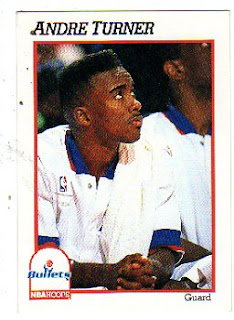 Once I got into a confrontation with Andre Turner.  I have the ball, and I'm trying to pass, and he's right up in my face, so I take the ball and- boom!- I hit the ball off his forehead.  He started yelling and screaming and cursing at me, and I said "Why don't you just cut the crap and play ball and stop whining like a girl?"

- Nancy Lieberman-Cline from Lady Magic, a story about her experience while playing men's professional basketball.


It's not everyday a guy gets to play for the biggest rivals in the NBA ten days apart.  This week in What the Hell Happened To, we remember someone who did,  "The Little General," Andre Turner.

Turner had a spectacular college career at Memphis State (now the University of Memphis) where along with future NBA players Keith Lee, Vincent Askew and William Bedford, he helped lead the Tigers to the Final Four in 1985.  During that run, Turner knocked down game-winning shots against the University of Alabama-Birmingham and Boston College in the Midwest Regional Tournament. He scored 12 points and tossed out 12 assists in a 63-61 regional final victory over the University of Oklahoma.  He led his team in assists and steals each of his four years and his 763 assists are still the most ever by a Tiger.

Andre was drafted in the 3rd round of the 1986 draft by the enemy.  However before ever playing a game for them he was released.


“My first experience with the NBA was kind of a whirlwind,” says Turner. “I went from one week playing with the likes of Kareem Abdul-Jabbar and Magic Johnson to getting released and practicing with Larry Bird, Kevin McHale and Robert Parish. It was like a dream.”


His stay in Boston was pretty brief too.  19 days and 3 games played.  Five shots taken, two made over the course of three games.  He averaged 6 minutes per game.

Like many of our WTHHT players, Andre proceed to bounce around after being waived by the Celtics.  Instead of detailing this, here's the snapshot: 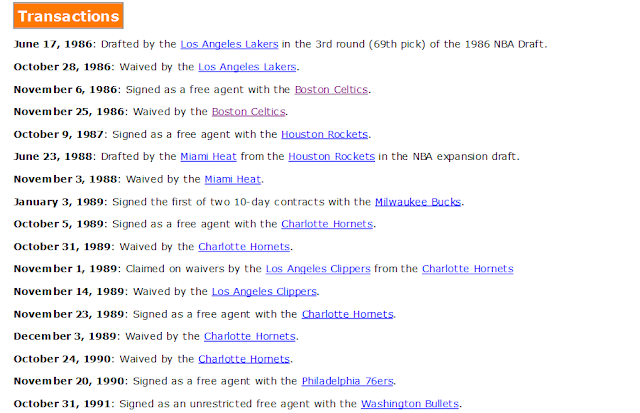 It was after 1991 that Andre decided to look overseas.

“One night I got a call from a coach I knew in the USBL (United States Basketball League),” says Turner. “He told me about this team in Spain that was looking for a point guard.” 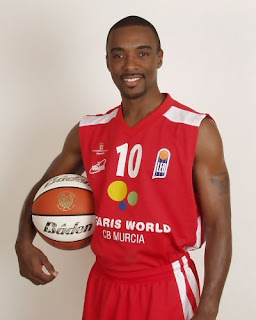 After talking it over with his family, Turner tried out for Coren Orense and was headed to play in Spain’s premier league, the Asociación de Clubs de Baloncesto (ACB).

This was Turner’s first time to travel outside U.S. borders. He says it was more difficult adjusting to the cultural differences than the style of basketball. The language barrier was especially trying.

“It wasn’t difficult; it was impossible,” says Turner with a chuckle. “I couldn’t speak any Spanish, and there were no English-speaking individuals on the team except a couple of my coaches.”


In the beginning, Turner admitted he didn't put forth much effort in learning Spanish. He bought a book and memorized several phrases, but it wasn’t until his third year that he really took to the language.

“During my third season, we had a player from Spain who also spoke English,” says Turner. “His whole thing was you’ve just got to speak and be wrong. He said, ‘I’ll be there to help and correct you.’”


And slowly Turner picked up the language. Now, as you can see from this video around 0:30, he speaks Spanish fluently.

Andre's on cour transition was much more smooth.  In his first season with Orense, he averaged 23 points, 5 assists and 3 steals per game and was named to his first of six all-star teams.

“When I first got there, they weren’t used to guys being as aggressive,” says Turner. “I picked guys up at 91 feet and hounded them all the way down the court. The referees had to adjust some as well to the style myself and other Americans were bringing to the table.”

In 2003 Andre was inducted into the University of Memphis Hall of Fame.  In 2008, he fulfilled his grandmother's request to finish his college degree, which he was 26 credits shy of when he left, by graduating and receiving his degree in Interdisciplinary Studies.  That same year Andre retired from basketball at the age of 43, wrapping up his 22nd season as a professional basketball player with CAI Zaragoza of the Liga Española de Baloncesto.

Here was Andre recently speaking at the funeral of his college coach, Larry Finch, who passed away this year.  You'll notice other Memphis products Penny Hardaway and Elliot "Socks" Perry speak as well:

Today Andre has returned to Mitchell High School and accepted the assistant coaching position for the boys basketball team.  The "Little General" has returned home where he started his basketball adventure, many moons ago.

For a list of all the "What the Hell Happened To" Series please click here.
*shoutout to JD Wilson of the University of Memphis magazine for providing many of the quotes for Andre