What the Hell Happened to...Travis Knight?

It's crazy to think that Ray Allen's college roommate played for the Celtics 14 seasons ago.  With Ray being financially secure for life and recently re-upping for another year, it makes it even more evident who plays for the love of the game and for the love of money.  You may remember this week's WTHHT player, Travis Knight.

He was the 29th and final pick of the first round of the loaded 1996 draft by the Bulls.  However the Bulls would release him just a couple weeks after drafting him, unwilling to give him a guaranteed rookie contract that came with being drafted in the first round.  The enemy decided to sign him.  That first year in the league he made All-Rookie second team surprisingly with averages of 4.8 points and 4.5 rebounds in 17 minutes a night.

The Evil Emperor couldn't resist and decided to sign him to a huge contract the following season.  In fact, I imagine the interaction went something like this:

Travis' quote there was an actual one.  In case the animation didn't allow you to hear it clearly (which I wouldn't be totally surprised since Evil Emperor sounds British), he said:


''I really have mixed emotions,'' said the 22-year-old Knight, who played in the rookie All-Star game last season. ''I should be elated right now, but I'm not. I feel so much loyalty to the Lakers."

(That's the kind of quote that generally gets you banned from WTHHT fame, sort of like these 2 clowns). 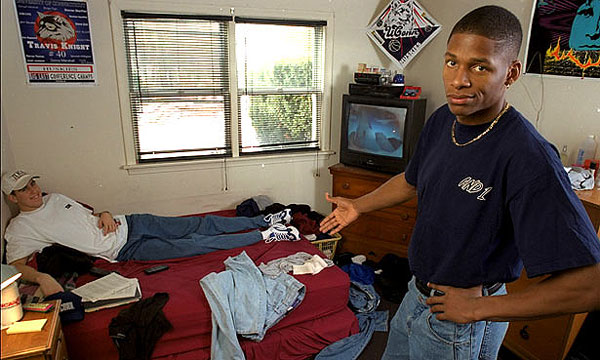 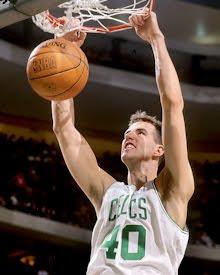 Oh it sure was the rest of your life.  Knight would fulfill that 7 year contract before leaving the game of basketball.  I wonder if he had a stop-watch after signing it, counting down the number of minutes until it was over, so he could be done with basketball.  After that season in Boston (when he actually played 74 games) he wouldn't play more than 63 games.  Fortunately for the Celtics it was a one-and-done for Knight, as the Evil Emperor was able to redeem himself prying Tony Battie from the Flakers for Knight straight-up.

Knight would play 2 more seasons sparingly for lal before being shipped to the Knicks in the 4 team deal that sent Patrick Ewing to the Sonics.  He would then morph into the "expiring contract of Travis Knight" and play even more sparingly for the Knicks for 3 seasons.  Knight even got bought out by the Knicks in 2003, so he got to collect $4.4 million in 2004 for doing nothing.

It really has nothing to do with Travis Knight the person; he's probably a very nice guy.  Frankly it seemed to me the guy didn't give a shit when it came to basketball (he's not the first nor will he be the last with this mindset: see Stewart, Michael for another prime example).  For all I know, maybe he had some serious injury.  But to see someone like Ray Allen continue to give his all and actually care.  To see guys continue to push every ounce of their body (see Shaq this past season) all for the quest to cement their legacy, it sure leaves a lot to be desired when you see someone like Knight quit at 28 after one huge contract he didn't deserve.

Knight's career was worthy of a salary similar to Alan Ogg, not Rony Seikaly.  But some guys catch their break (Jon Koncak for one). 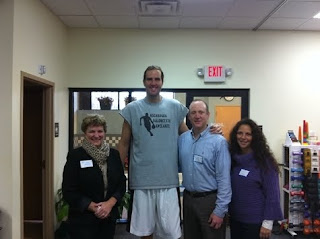 If you look through the Evil Emperor's merry-go-round of players and contracts, the Knight signing was arguably the worst.  However they were able to get Battie for him after just one season so he salvaged that move.  While Tony wasn't great, he was a much better pro than Knight.  Mitch Kupchak was swindled on that one.  Not ever sure what the allure with Knight was.  Why because he hit a few three pointers?  I feel he was average in college and even his rookie season wasn't anything special.

Today Knight runs Villa Noche, in San Juan del Sur, Nicaragua.  He lives between the US and Nicaragua.  If you want to email him you can reach him at villanoche@gmail.com and his phone number is 936.522.6723.    Maybe ask him what the Evil Emperor was smoking when he offered him that contract.  And as you can see from their rates of $3,500 US Dollars a week to stay there, Travis is still in the business of ripping people off.

He also has an 8 year old daughter named Natasha.  I feel his quote regarding her interest in basketball sums it up:


“If she wants to play basketball we’ll play; if not, it’s fine with me.”