Once again the officials allowed the Heat to be as physical as they wanted to while the Celtics were whistled for countless fouls.  The Celtics shot 14 fewer free throws again.   I lost count of how many times LeBron barreled to the basket dipping his shoulder and plowing into people with either no call or a block called.  Then there was the clip where they showed Rondo standing stationary and being plowed over by LeBron as he dipped his shoulder and knocked Rondo over.  Ray Allen has a bruised chest from a LeBron elbow to the chest as he drove.  Yet the refs somehow missed all this contact.  But the Celtics can't blame the refs for this loss.  They played terrible and it's on them.    Hopefully they can get it together at home or this may be a very short series.  I still have faith though.  If any team can come back and win, it's this one.

Hopefully our Starting line up doesn't **** up too much.

We're not scared of Boston, we can win again

Troy Murphy said his reason for choosing Boston was reaching the ECF ... Lets prove him wrong and then laugh at him

We win this game we win the series! We lose this game, we lose HCA and Boston get their swagger back.

God, we have a chance to put these miserable **** up against the wall tonight. It needs to happen. 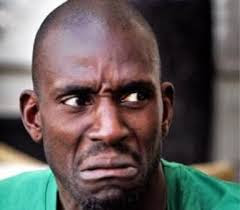 Control Ray Allen Get Pierce out of the game again. It's not hard to do. He's a baby

GUARD RAY ALLEN! PUT HIM IN A STRAIGHTJACKET! The ONLY ONLY ONLY way Boston can beat us is if Ray Allen hits his 3s. They have ZERO chance if Ray is shutdown.

Pierce can come out fired all he wants...bottom line is he struggles against LeBron. He finds it hard to score on him at this point in his career.

I'm confident that we can beat this Celtic team without Perkins. They are just a different team and as long as we chase the F*** out of Ray Allen I think we'll be good.

Celtics fans are the biggest crybabies I swear

KG is getting old, I hope bosh bounce back tonight, but I doubt it lol...I hope KG will give bosh some words hopefully that will triggers him

Chris Brick needs step up his game, before wade & lebron kicks him out of the big 3! 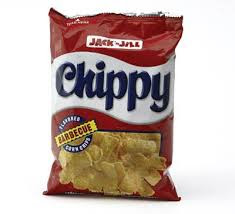 The AAA is especially empty to start tonight. Cue the haters.

BIBBY AND BIG-Z ARE NOT GOOD BASKETBALL PLAYERS. Get them out you idiot Spo!

Pierce to the locker room, didn't look too serious though.

Quick! Get a wheelchair!

Will the drama queen come out in a wheelchair?

Our 2nd unit is so much better than theirs

Great foul by LeBron, smacking Rondo across the head.

All rondo can do is layup..

Good that the refs get to see the replay to see that FLOP by Rondo.

Simply putting the ball on the floor and driving by Fat Baby must be more difficult than I think.

Paulina can't jump apparently... This series may become a cakewalk.

That guy jumps? Seriously his ugly jumper doesn't exactly show off his athleticism.

there's no reason to double Big Baby. None.

These foul calls are getting a little ridiculous

Man I can't stand Delonte West. Somebody needs to posterize this guy.

Boston's not even playing well.

We are losing the rebound battle to a bad rebounding team.

Typical Pierce. Cry about your foot then come back like nothing ever happened

I see the refs don't want to give us any fouls.

This particular game is annoying,because it's overwhelmingly clear Boston can't hang with Miami.

King is too strong. PP can get his bitchass back on his wheelchair and fake another injury.

Rondo just guaranteed himself a spot in Hell for pulling that move off. Say hello to Saddam for me. And Bin Laden.

Boston starting to show their age...

If it was not for West and Green combining for 5/7 shooting 15 points we are up by even more. I feel very comfortable in this series. The Boston starters are getting destroyed.

Rondo is such a bitch. Can't play D at all

I have no respect for Rondo, dude is scum.

Boston makes it so easy to hate them. **** floppers and cheap shot artists.

A chalmers 3 attempt is almost as good as a turnover. Chalmers is trash

Celtics starting to get all the calls, momentum in their favor. A few dagger 3s to come. This don't look good, this is classic Celtics

Oh ****. Big bitch Baby just had to flop into Chalmers.

Davis rolled into him intentionally

You have accidents like this when you are fat

Funny how he's only clumsy when he needs to be.

Game aint over!!!! They have Ray Allen!

Bron is making these old farts feel the HEAT!!!!

Is it just me or is Rondo the worst shooter in the NBA? I mean I would rather bet my life on Shaq making an 18ft jumper over Rondo

Boston is playing so sloppy and you can see it in their eyes.

Dwyane could blow on Rondo and he would fall lol

Refs let Ronda get away with too much contact.

Boston's just flopping and playing in woeful desperation. There's nothing to respect about how they play.

It's like the Celtics horrible play and attitude took over the end of this game.

I believe the Celtics don't think they've ever actually committed a foul.

I'm taking a lot of pleasure in the Celtics' pain, don't let them back in this series!

How about that Perkins trade Best trade in the league haha