What the Hell Happened to...Dirk Minniefield? 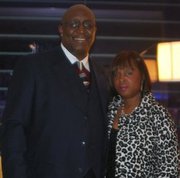 Long before a big blonde German was known only by "Dirk," another player had the same name and played for the Celtics.  Maybe you remember Dirk Minniefield, whose career we look back on today in What the Hell Happened To.

Dirk won Mr Basketball for the State of Kentucky upon graduating high school and was a high-riser in college at Kentucky.  I never got to see him play there but check this out: 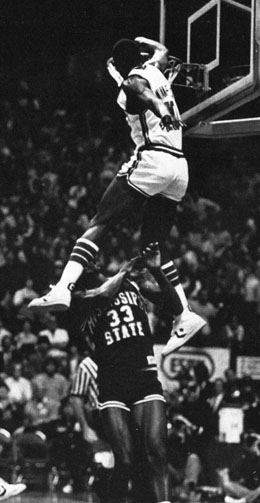 Minniefield was drafted by the Mavericks in the second round of the 1983 draft.  Yet he didn't make his NBA debut until two seasons later, in October of 1985 for the Cavs.  He'd stick with the Cavs for one season before being traded to the Rockets for a second round pick.  After playing with Houston, he'd have a brief stop in Golden State before landing on the Celtics, signing with them December 17, 1987.

I've commented many times in the past just how atrocious that 1988 team's bench was.  Dirk definitely didn't help the cause when he was there.  He'd actually play in 61 games, starting in 6 of them and averaging 14 minutes per night.  He participated in the first NBA game I ever attended (that's right folks, the A-Train himself started in place of Robert Parish that night who was out injured).

Dirk would play in 11 games in that season's playoff run.  That ended his NBA career.

Most of the information you'll find about Dirk talks about his drug problems.  He also had 3 children before graduating high school and today, at the tender age of 50, has 8 grandchildren.  More recently, Dirk was very affected by the suicide of college teammate and former NBA player Mel Turpin last year.  He said:

"At one time you were a celebrity, a pro basketball player, a star," Minniefield said. "Now people are asking, 'What happened to you? Why are you working in that job?'

"It can create issues and feelings of worthlessness. It's difficult, especially in your hometown."

I suppose that could be the theme for the WTHHT segment of players.  Based on that I'm surprised that Mark Acres and Fred Roberts would go back to their home states to teach. 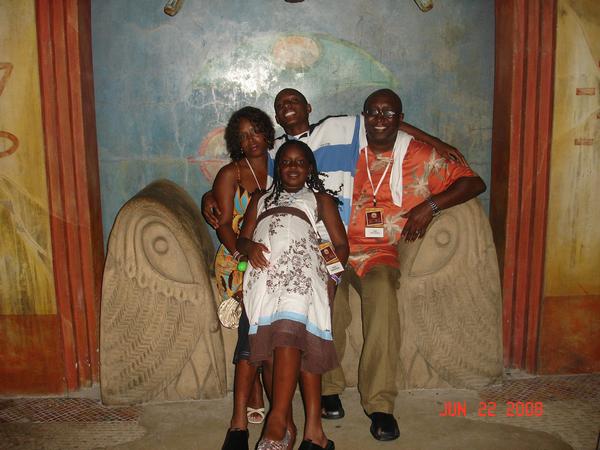 Dirk got away from Kentucky though and today, lives in Sugar Land, Texas.  There he is involved with Wildcat Real Estate and Management Group.  I had a tough time figuring out what they do.  I wonder if they have the same flexibility as the company owned by Xavier McDaniel.  Dirk also has been involved as a counselor in the NBA Player Assistance Program for the past 19 years.  Just like Carlos Clark and Wayne Kreklow, Dirk's son Darin, is a promising basketball player.


Dirk Minniefield has entered a federal pretrial diversion agreement stemming from 2008 conspiracy and wire fraud charges in an alleged mortgage scheme in Texas.

The 2008 indictment said that in Houston, where Minniefield was a real estate agent, he allegedly represented buyers in transactions even though he never met them and they never asked to look at the properties they supposedly were buying. Minniefield was accused of proposing language in the sales contract to increase the price of the properties to include payment for renovations even though neither the buyer nor the seller hired a contractor for home improvements. The scheme involved about $10 million in mortgage loans from November 2004 to May 2005, according to the indictment.