Celtics Take on Heat with 2nd Seed on the Line 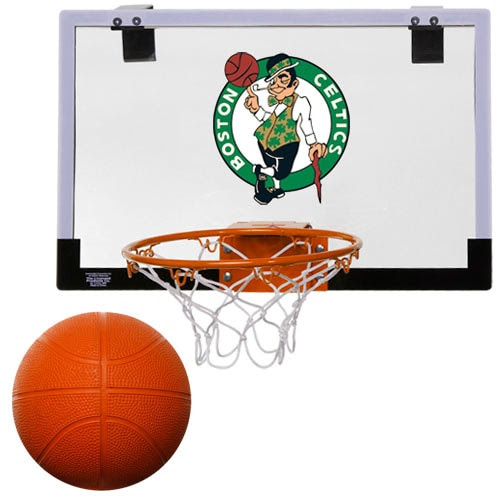 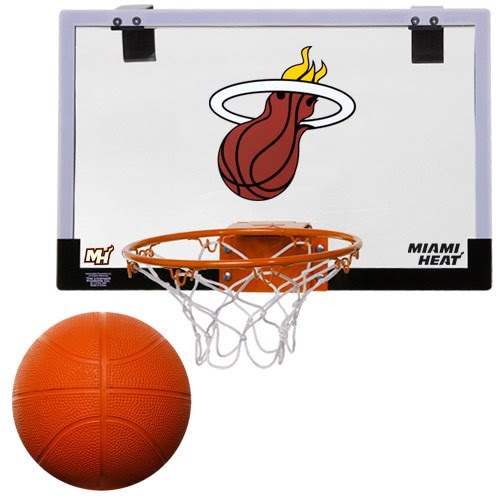 Boston Celtics (55-24) at Miami Heat (55-24)
Sunday, April 10
3:30 PM ET
Game #80  Road Game #40
TV:  ABC, CHCH TV
Radio:  WEEI, WAXY
American Airlines Arena
Referees:  Dan Crawford,  Tony Brothers, Michael Smith
This is the 4th and final meeting between these two teams this season.  The Celtics have won all 3 of the previous games.  All 3 games were fairly close and got closer as the year went on with wins of 8 points, 5 points, and 3 points.   The Heat would desperately love to get a win in this game, not only for the second seed, but for pride.

These two teams are tied for the second seed in the East.  With the top spot all sewed up by the Bulls, both of these teams would like to nail down the second seed and a win in this game would pretty much do that for the Celtics and put them a game up on Miami.  The second seed would give the Celtics home court in at least the first 2 rounds and would also give them the easier path to the conference finals so this will be a very important game.  The Celtics need to play focused and play with energy.

Shaq has been ruled out of this game and Jermaine will probably get the start.   The Celtics had Shaq in the middle for their first two games against the Heat and Perk was there for the 3rd game.  Hopefully JO is sufficiently motivated by his day of rest and playing against his old team to give the Celtics a big game, especially on the boards and on defense.

The Celtics have proved that they can beat the Heat both in Boston and in Miami.  They have done a lot of talking about wanting the second seed and wanting to go into the playoffs playing well.  Hopefully they come out and back up their words with strong team play.

Paul Pierce  vs  LeBron James
This is one of the better matchups in the league and these two have gone at each other in a lot of big games over their careers.  In their first meeting this season, Lebron finished with 31 points while Pierce had 19, but most importantly, the Celtics got the win.  In their last meeting,  Paul Pierce had one of the worst shooting nights of his career as he would go 0‐for‐10 and would convert just one free throw.  Paul will need to once again expend a lot of energy defending LeBron, but hopefully he can be more effective offensively in this game.

Kevin Garnett vs Chris Bosh
Chris Bosh always seems to be intimidated by KG.  I can't say as I blame him. As one of the comments from the other side stated,  Bosh gets mentalled by KG.  Hopefully that trend continues in this game and KG has another big game and can also keep Bosh in check.

Ray Allen vs Dwyane Wade
Ray Allen hasn't been as involved in the Celtics offense as he should be.  Hopefully the Celtics get their ball movement right and can get Ray more open looks as they need him to spread the floor.  Ray will need to expend energy defending Wade, who is always very active. Hopefully Ray will have Wade chasing him off of screens and wear down Wade's legs to limit his offense as well.

Keys to the Game
Take Care of the Ball - The Celtics must limit their turnovers as the Heat will turn them into fast break points. Wade in particular is good at making teams pay for their turnovers.

Rebound - The Celtics have to limit the Heat's second chance baskets and fast breaks by crashing the boards.  The amount of effort put into winning the rebound battle often follows through to the other areas of the game.  The Celtics must be aggressive in beating the Heat to rebounds.

Team Ball -  The Celtics need to play team ball.  When they move the ball and make the extra pass and find the open man and play as a team,  they are tough to beat.  When they revert to hero ball and there is little ball movement and they settle for quick shots, they rarely win.   They need team play to beat a team with 2.5 superstars on it.

Official Report
Dan Crawford
Dan Crawford has been a referee in the NBA since the 1984-85 season. Prior to the NBA, Crawford officiated in high school for 12 years, 8 years at the collegiate level (MVC and CCAC) and 4 years in the CBA. He has officiated 1,600+ regular season games, 190+ play-off games and 18 NBA Finals games. After one of the games in Chicago in round 1 in 2008, there was some controversy when he was seen leaving the arena with his family all decked out in Chicago Bulls gear. The Celtics are 5-0 this season and are 7-3 over their last 10 game with Crawford officiating. The Heat are 1-2 this season and 4-6 in their last 10 games with Crawford. Crawford is a homer ref with a home team W/L record of 49-18.

Tony Brothers
Tony Brothers started his NBA career 14 years ago. He has officiated 21 playoff games. Before landing in the NBA he acquired officiating experience in the CBA, college basketball and high school basketball in Virginia. There are several articles about what a terrible ref Brothers is and detailing his misdeeds. He has angered a lot of fans of just about every team because of bad calls, no calls, and one sided officiating. The Celtics are 4-1 this season and 6-4 in their last 10 games with Brothers on the court. The Heat are 3-2 this season and 6-4 with Brothers in their last 10. His home W/L record this season is 37-26.

Michael Smith
Michael Smith has officiated over 740+ regular season games and 10 playoff games. He worked 5 years in the CBA, 8 years at the college level and 10 years at the high school level before making it to the NBA. The Celtics are 2-3 with Smith this season. His last 3 games with the Celtics were all poorly officiated. In the Magic at Celtics on January 17, the Celtics won but the Magic took 13 more free throws than the Celtics and the officiating was terrible for both teams. In the last game he officiated, Golden State had a 26-6 free throw advantage with just over 8 minutes left and the Celtics ended with a 28-11 free throw deficit even after several intentional fouls to stop the clock. The officiating was terrible the whole game. Both teams are 5-5 in their last 10 games with Smith on the court. Smith is another homer ref with a home W/L is 42-19.

X-Factor
Desire and Effort
The Celtics talked about wanting to win and send a message against the Bulls, but then they came out and played with very little effort.  This is a big game and hopefully the Celtics won't just talk about wanting to win, but will put out the effort needed to do so.