What the Hell Happened to...Glenn McDonald? 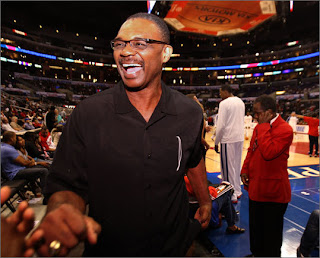 Today in WTHHT we go back to the 1970s to remember Glenn McDonald.  Glenn was drafted by the Celtics in the first round of the 1974 draft (pick 17) out of Long Beach State.  However his career would be remembered for 2 minutes in the 3rd overtime of the classic 1976 Finals Game 5 Triple Overtime contest against the Suns.  When starting power forward Paul Silas became the fourth Celtics player to foul out with two minutes to go in the 3rd overtime, head coach Tommy Heinsohn had 2 options: the more experienced Steve Kuberski or the second year McDonald.  Tommy picked Mac.

I wanted fresh legs out there.  Both teams were exhausted.  Glenn was the fastest guy I had.  All I told him was, "Mac, run 'em every chance you get."  Kuberski was a better rebounder than Glenn but, in that situation, I wanted someone who could outrun the opposition.

Tommy's gut was right.  McDonald entered the game only 5-23 from the field in the playoffs but that would all be forgotten and he'd cement his place in Boston Celtics' fame.  With 1:35 left, he put in a layup to give the Celtics a 120-118 lead.  On their next trip, Hondo set him up for a 10 foot fadeaway which he knocked down, putting the C's up 4.  Before it was over McDonald sunk two clutch free throws to clinch the 128-126 victory, which would lead to the Celtics' 13th title.

After the season the Celtics were going in a different direction and waived Glenn.  He'd sign on with the Bucks for 9 games the next year and then have a tryout in the Phoenix camp the following season.  But he was looking for job security, where he found over in Europe.  He'd sign with the club Alvik which was based in Sweden, who he'd help lead to the Swedish championship.  Enjoying the opportunity to travel across Europe with his wife, it inspired him to continue his career, in the Philippines Basketball Association, where he'd play the next 8 seasons until retiring in 1987.   He'd play for the U/Tex Wranglers in the PBA and helped them win a title in 1978. 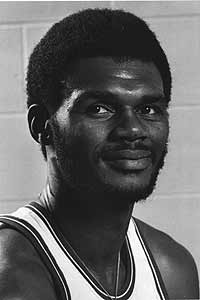 Don't underestimate the significance of Glenn McDonald's moment with the Celtics.  It'd be somewhat comparable to Von Wafer knocking down big shot after big shot in an NBA Finals game to seal the win which would lead to a championship this season.  He'd forever hold a place in Celtics fans' hearts (sort of like James Posey will always for me).  It's an incredible story.

Today Glenn has returned to his alma mater is the head of Intramurals at Long Beach State, and has been since 1996.  In 2001 and 2002 he was the assistant coach for the LA Sparks under Michael Cooper.  If you visit their old website you can see Cooper has a picture, but McDonald doesn't.  Personally I prefer this video with Xavier McDaniel when he upends Michael Cooper.

Glenn's son Michael McDonald played basketball at Stanford, along with Jason and Jarron Collins and his daughter Alexis played volleyball at the University of Washington. 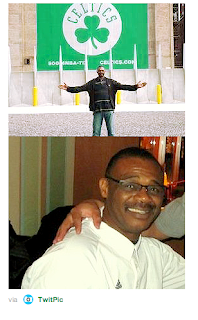 ***Special thanks to Celticslife follower Sarah who was able to share these recent pictures to the left of Glenn!  She works for Glenn (presumably at Long Beach State) and notified us that he also scouts for the Utah Jazz.