What the Hell Happened to...Conner Henry? 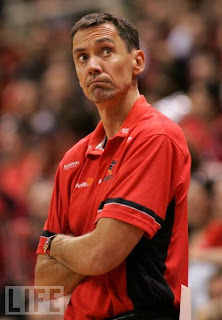 We go back to the 1980s today, when we remember in this week's episode of WTHHT, #43, Conner Henry.  Henry was drafted in the 4th round of the 1986 draft by the Rockets out of Cal Santa Barbara (meaning he was one of two UCSB alum to play for the Celts along with this jerk).  After playing 18 games with the Rockets in 1987 he was waived and signed by the Celts.

From the start, Henry made his mark by shooting the ball.  Flat-out: the guy could shoot, especially from 3 point range.  He stayed in Boston for the 1987 season and part of the 1988 season before being waved.  He'd play for Milwaukee and Sacramento in that 1988 campaign and that ended his NBA playing days.

He'd go on to play in the CBA and was named MVP in 1990 (probably because this guy finally was playing for the Celts).  He'd also go on to play professionally overseas in Italy, France, Spain and Greece.

Most Celtics fans may remember seeing Henry on the Boston bench, after Bird's famous Game 5 steal in 1987 vs the Pistons.  The camera goes to Bill Walton on the Celtics bench and you see Henry there jumping up and down behind him after the legendary play.

I remember as a kid watching the 1988 player interviews on Sports Channel in New England to start the season (before the term "Media Day" became popular) and Johnny Most was the interviewer.  He started off by saying to Conner Henry "Well you're someone who your last name should be your first name and your first name your last name."  That basically sums it up for me for Henry Conner, I mean Conner Henry. 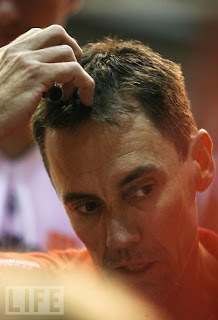 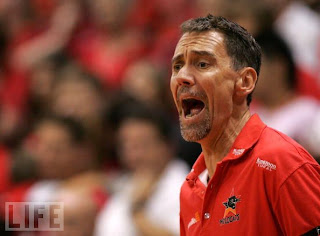 After retiring from playing, Henry became an assistant coach at Claremont McKenna college.  He stayed there until 2006 when he was hired by the Perth Wildcats of the NBA in Australia.  Today he is an assistant coach with the Sydney Kings of the NBL.  No word on whether him and Todd Lichti have connected. [I find this whole expatriate endeavor of moving to Australia to be most inspiring.  Perhaps one day I too, will head to the greener pastures of the land-down under.]  Obviously since I wrote on Lichti so recently, and how it was interesting seeing how he developed an accent, I automatically wondered whether Henry also has developed an accent.  From this video clip, he doesn't appear to have:

Just to make sure, there's also this (which verifies that the accent hasn't gotten the best of him): 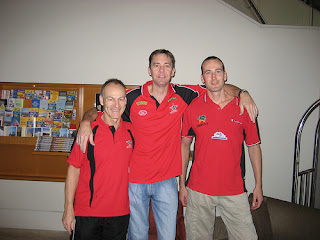 [Tangent time: Who is this Paul Rogers guy?!  I guess he's probably not related to Carlos Rogers, [tangent to a tangent: check out Chris Gatling (he of the original headband wearing tandem with Clifford Robinson) in that photo lol!] but check out that putback dunk of Paul Rogers' at the 1:22 mark!!  Seems like Paul Rogers played at Gonzaga and is a legit 7'0.  How is this guy not in the NBA?!  An actual 7'0 center?!  Like the NBA has enough of those now.  I never ended one of these with a tangent but there's a first for everything.  At least that's what Bill Cartwright said before Game 7 of the 1994 Bulls-Knicks second round series.]

Seeing Henry in that last clip really makes me think he's the Rick Carlisle of Australia.