What the Hell Happened to...Zaid Abdul-Aziz?

When I was growing up, I loved stats.  I loved reading stats of all basketball players.  In acclimating myself with the Celtics' history, I had remembered stumbling upon a guy who had played for the Celtics in the 70s.  His name stuck out for its uniqueness as well as appearing really high alphabetically on the list of guys who had played for the Celtics.  Recently while considering who to research, I remembered him.  So this week in WTHHT, we go as far back as we've gone to this point, in remembering a former Iowa State Hawkeye who played 2 games for the Celtics in the 1977-78 season.  His original name was Don Smith and midway through his NBA career, he changed it to Zaid Abdul-Aziz.

Since I never got to see him play, and in order to educate myself on this week's player, I decided to go above and beyond and actually purchased Zaid's autobiography titled "Darkness to Sunlight."  That's right folks, for all the rappers, teachers, fitness instructors and real estate agents we've remembered in this segment, we officially have one person who wrote a book about his life.  But there's a lot more to this story.  I purchased the book on Amazon for 1 cent (shipping was $3.99).  Furthermore the book is autographed and personalized to a "Sheila" as you can see from the picture below: 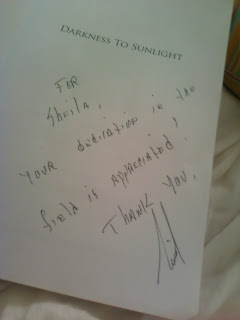 Who is this mysterious "Sheila?"  Why did she sell this book that Zaid autographed for her?  I can't say if it was the person I bought the book from on Amazon but its cover price was $22.95.  Zaid obviously liked her by personalizing it.  He even signed the back of the blow-up basketball card that I found in the book and used as a bookmarker.  Here's the card: 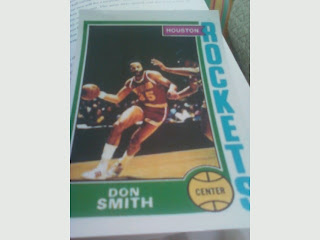 Despite Sheila's desire to give this book away, I actually enjoyed reading the journey of this man.  Don Smith was born in 1946 in Brooklyn, living close to the Bedford-Sty area of Brooklyn.  His parents were divorced and he lived with his Mom, his half-brother, his sister, and grandmother.  Zaid talked about his youth- he was part of a gang when he was younger.  He lived above a bar where he'd hear the sounds of Billie Holliday emanating through the speakers.  This helped fuel Zaid's love for music as a child.  He would spontaneously appear in a group with others singing on street corners in Brooklyn.  But overall as a young boy, he tended to be very introverted.  This would carry on with him later in life 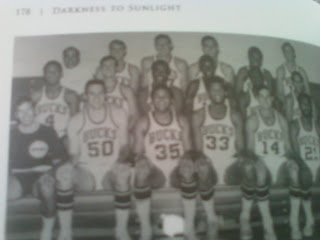 Zaid would attend John Jay HS in Brooklyn (where he once got into a skirmish with Tony Bonanno, the son of Joe Bonanno the famous MAFIA family-head in Brooklyn).  After putting up some solid numbers his last 2 years at John Jay, he decided to take his talents to Iowa State University, who offered him a basketball scholarship.

At the time Zaid was an amazing athlete.  He'd gone toe-to-toe against Lew Alcindor at Rucker Park and held his own.  He was a relentless worker and was blessed with amazing size and speed (think a younger Shawn Kemp).  At Iowa State, Zaid overcame a cultural-shock (being in an all-white area) to find his niche and make a huge impact in the Big 8 Conference.  He lead the conference in rebounding for 3 seasons and his scoring his final 2.  His junior and senior seasons he'd be named an All American.

He was drafted fifth overall by the Cincinnati Royals in the 1968 NBA draft.  Despite going in with an optimistic outlook, he'd quickly detest being in Cincinnati (think my hate for Derek Fisher).   Despite Oscar Robertson being there (who would actually write the preface for his book) all of the veteran players ignored him.  He mentions Jerry Lucas and Tom Van Arsdale completely ignoring his existence.  This hatred fueled the fire for Zaid and motivated him once he was traded to prove the Royals wrong. 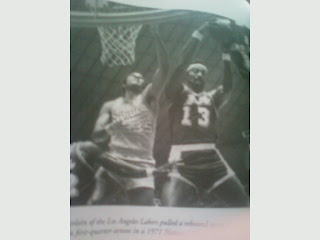 He'd be traded to the Bucks and played there for a year and a half.  But once the Bucks earned the right to draft Lew Alcindor, Zaid became expendable.  He'd play for Seattle, Houston and Buffalo before making it to the Celtics in 1978.   While in Seattle and Houston he'd begun to do a lot of introspection on his faith.  Born as a Catholic, there had been certain moments in his life where he thought about why he was Catholic.  He was confused by the concept of the "Holy Trinity" and felt uncomfortable giving the sacrament of Confession directly to a priest.  While on the Bucks, Alcindor, who was very soft-spoken and aloof in his earlier years as well, made an indelible mark on Zaid when he simply asked him once "What that was" in regards to a crucifix he wore around his neck.  At the time Zaid hadn't thought about it much.

But as he continued to struggle for consistent playing time, and seemingly be lied to by one General Manager after the next who promised him a fresh start, his research lead him to study religion.  He was very impacted by Abraham, Moses, Jesus and Muhammad.  However it was specifically Muhammad who had him think about selflessness (he even mentioned when Jesus was alive as he professed his love for his Father, God, people seemed to worship Jesus directly, instead of God) and decided to convert to Islam.  Eventually Don Smith became Zaid Abdul-Aziz.  He doesn't like when people stereotype that he did it because Muhammad Ali or Kareem- and I believe him.  He never did things for publicity at all- he was never comfortable in front of large crowds.  He did it because that's what he believed in.

Zaid had this to say regarding his time spent with the Celtics (which coincided with Hondo's last year):


One great thing about being picked up by the Boston Celtics was seeing John Havlicek honored in different arenas.  There is a mystique about the Celtics that few NBA teams have ever enjoyed.  People remember Russell, Cousy, and Havlicek as Celtics.  There was Dave Cowens, the Jones boys, Heinson, and Bird; Len Bias, Jo Jo White, and Kevin McHale also joined these elite ranks.  Yes (and however briefly), Zaid Abdul-Aziz got to wear a Celtics jersey!

And just like that folks, you know why we have "What the Hell Happened To."  Some close-minded people might view this segment as a mockery, or a belittlement to the players who have been chosen.  But ultimately it's to remember all the players who've had that tremendous distinction of playing for the Celtics, no matter how brief.

Don't be fooled by his career stats or his short time on the Celtics (Special shoutout to Scooter in the comments who provided the fun fact that Zaid was the only Celtic in history not to appear in a home game; his 2 games he played in were both road contests).  6'9 guys with 42 inch vertical leaps who were 2 Time Collegiate All Americans are not a dime a dozen.  Certainly if Zaid had played in today's watered-down, over-expanded NBA, I believe we'd be looking at likely the most dominating center in the game, battling with Dwight Howard for all NBA first team.  Maybe he wasn't as good as advertised in college and shouldn't have been the fifth overall selection.  Maybe he just didn't catch his break in the NBA or find the right system during his time in the league.  Maybe his poor shooting percentages in the Association really meant he wasn't that great an offensive player and had to focus on defense and rebounding (a role it seemed all of his NBA coaches pushed on him and he selflessly embraced).  His unfortunate trades, injuries, and decision to change his name all altered the NBA career path of Zaid Abdul Aziz.

After his career Zaid went through some off the court trouble.  He had invested a large amount of money in a professional volleyball league (along with Wilt Chamberlain) and saw that project become defunct.  He had his visit to the Mecca (one of his prior obligations in his conversion to being a Muslim) and had an opportunity to coach and counsel over there.  But people who had promised him and his family at the time certain compensation reneged on their word.  And then he had a divorce with his wife at the time. 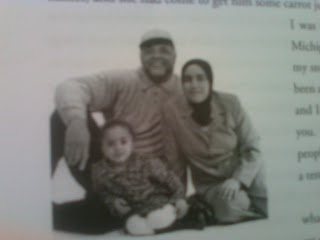 However Zaid worked things out in returning to the states.  He remarried and today remains a Chemical Dependency Professional in Seattle, where he lives with his wife Mina and his daughter Nurrah.   He helps people overcome drug and alcohol addiction something he takes a lot of pride in.  The quiet kid from Brooklyn made his mark in the NBA.  And as he says to close his book:

The Hilton Arena is the home of the Iowa State Cyclones where his jersey is retired along with fellow NBA players' Jeff Hornacek, Jeff Grayer and Fred Hoiberg.  I'll heed his advice on Brooklyn too the next time I'm there.  Zaid seems like a terrific guy and has impacted so many people in a positive way along his journey.