What the Hell Happened to...Ed Pinckney?

He was a 6'9 power forward who was idolized for orchestrating one of the biggest upsets in college basketball history, when his Villanova Wildcats knocked off the heavily favored Georgetown Hoyas in the 1985 NCAA Championship game (the night Villanova shot an absurd 79% from the field for the game).  I'm sure you remember Ed Pinckney.

Ed was drafted with the 10th pick in the 1985 draft by the Suns.  After 2 years with Phoenix, he was shipped to the Kings for Eddie Johnson (a trade that really helped out those Suns teams with KJ, Chambers, Hornacek and Majerle).  After 1.5 seasons in Sacramento, he made his way to the C's.

At the time the Celtics acquired Pinckney along with Joe Kleine it was shock to me since they had to give up Danny Ainge (and Brad Lohaus).  I suppose it made sense to allow Reggie Lewis to blossom (which he certainly did).  But Ainge was one of my favorite players at the time, and remember, he was an All Star just the season before.  The Celtics desperately needed front court help for the Big 3 and after guys like Mark Acres, Lohaus, Fred Roberts, and Artis Gilmore didn't fit the bill, Red rolled the dice with Pinckney and Kleine.

Looking back, Ed played 5.5 seasons with the Celts.  He had his moments where he had some spectacular nights with points and rebounds.  But for the most part, it was an anomaly, and he'd return to his average self.  I remember reading about how polite he was and if you recall, he always used to cover his mouth to cough while he was on the floor.  That image of him checking into the game coughing with his fist to his mouth, is what I remember most about him.

Don't get me wrong: I thought Pinckney was actually decent.  Especially on the offensive glass.  In 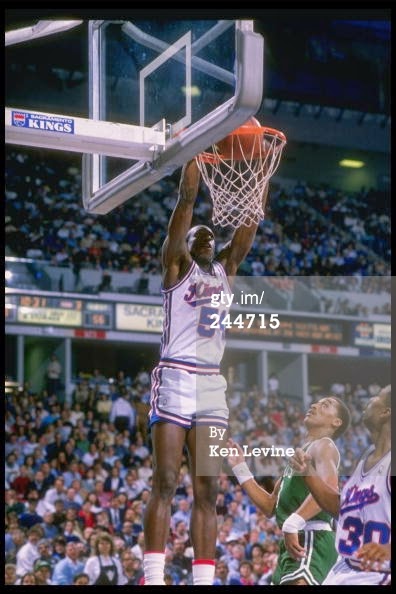 1991 and 1992, Ed averaged 2.2 and 3.1 offensive rebounds, translating to a very-impressive 4.7 and 4.8 per 36 minutes.  I actually think he would probably have been a bit of a better fit on the 2010 Celtics in place of Glen Davis.  He certainly wouldn't have gotten his shot blocked as many times and was bigger than Davis.  I'm not saying he's a better player than Davis; just that he may have been a better fit this year.

However in looking back on it, I still think the Celts could've gotten someone more talented than Pinckney and Kleine for a 1 year removed All Star.

Ed would go onto play for the Bucks, Raptors, 76ers and Heat before retiring after the 1997 season.  For his career he averaged 6.8 ppg, 5 rpg in about 20 minutes per night.

You may remember Ed's nickname was "E-Z Ed" which I found to be an interesting spelling of it (maybe not to be confused with Easy Ed Macauley?)  Many people in the Northeast area of the United States are familiar with E-Z Pass, the computerized toll system on bridges and tunnels.  When it started become prevalent I couldn't think of the spelling of it and wonder if somehow Ed Pinckney was involved in its nomenclature.  Ed was from the Bronx and it originated right here in New York.

Today Ed is the TV color guy for the Philadelphia 76ers.  From my experience, he's one of the more tolerable ones to listen to.  And you all know how much I love broadcasting around the league.

Addendum: September 13, 2010- Ed Pinckney was named Assistant Coach for this upcoming season with the Chicago Bulls.