What the Hell Happened to...Zan Tabak? 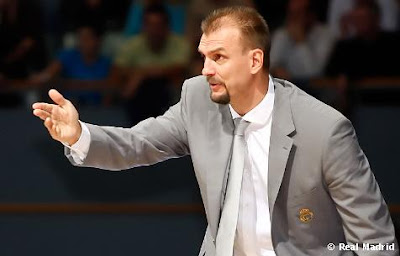 In this week's WTHHT segment, we remember the second 7 footer from Croatia who had a cup of coffee with the Celtics in the 1998 campaign, Zan Tabak.

Tabak was drafted in the second round by the Rockets in the 1991 draft, the 51st selection overall from Split, Croatia.  However he didn't join the Rockets until the 1995 season, and wound up winning a title that year with Houston (which I had said this season's Celts needed to look to for inspiration).


Tabak would only last that one season in Houston, being selected by the Raptors in the expansion draft in 1995.  His most productive time in the NBA would come playing for Toronto, who he stuck with for 2.5 seasons.  In 1996 he averaged almost 8 points and 5 rebounds in 20 mpg.  He would play 119 games during his time in Toronto, starting 51 of them.

On February 19th, 1998, Tabak was heading to Boston, included in the Kenny Anderson for Chauncey 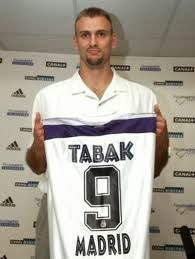 He'd sign as a free agent with the Pacers that next season and earn his second trip to the Finals in 2000 when Indiana won the Eastern Conference.  He actually played in 10 playoff games that year too.  He'd finish his NBA career with Indiana the next season, but wasn't finished playing.  When asked about his decision to return to European basketball Tabak said "I wanted to come back [to Europe] because I felt I was 31 years old and I was feeling my career was coming to the end. I didn't want to finish my career being just one of the players. I wanted to be an important player in my team."

The most recent news on Tabak is that he served as an Assistant Coach for Real Madrid for 3 seasons, up until June 24, 2009.  The release from the team stated:

The assistant coach abandons the club after three seasons

Realmadrid.com
Real Madrid has reached an agreement with Zan Tabak to rescind the assistant basketball coach's contract. Real Madrid would like to thank the coach for his hard work over the last three years and wishes him the best of luck in future endeavors.

Tough to tell from that whether Tabak had his fill, Real Madrid had their fill, or it was mutual.  Another neat thing concerning Tabak is that he's the namesake for a Raptors blog: The Zan Tabak Herald.  That's like if we named Celticslife, "Bagley's Blog."  And here's an interesting interview where he's critical of the Evil Emperor's time in Boston (rightfully so; that guy sucked, and set the franchise back several years). 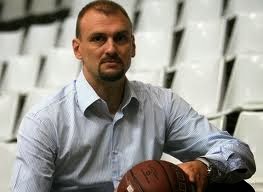 Zan also runs the "Tabak Pro Skill Camp."  Hopefully the instruction provided there is better than the design on that website.  It makes that Pervis Ellison tribute site look handsome.  And if that's not enough Zan Tabak for you and you really want to be cool, you can join the Facebook Zan Tabak Appreciation Club.