What the Hell Happened to...Dontae' Jones? 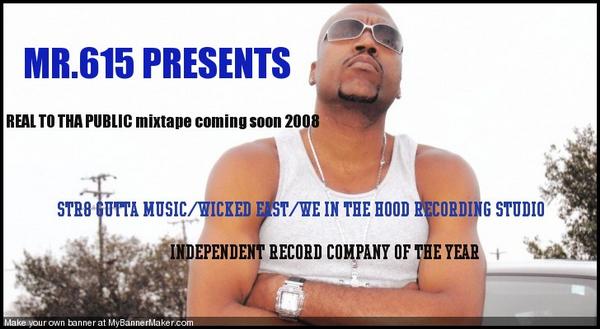 Along with Erick Dampier, he lead Mississippi State to the Final Four in the 1996 season.  He was a smooth, 6'8 small forward with good touch from the perimeter and an NBA-ready body.  He was the 21st overall pick in one of the best NBA Drafts in history.  You may remember Dontae' Jones (not to be confused with Dahntay Jones).

He was selected by the Knicks in the first round of that draft along with John Wallace and Walter McCarty (why the Knicks would pick 3 forwards so close to each other in draft order who pretty much are the same exact type of player is beyond me, unless they were hoping one would pan out).  However he wouldn't play any games his rookie season of 1997 because of foot injuries.  He was acquired by the Celtics in addition to McCarty, John Thomas and Scott Brooks for Chris Mills right before the start of the 1998 campaign. 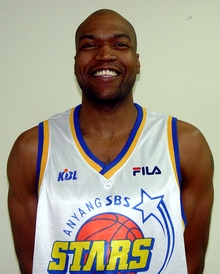 He wore number 13 that season and played in just 15 games and 91 minutes.  His NBA career was then over.  [Tangent time: I always find it interesting when a young player gets his chance and then leaves, and never comes back.  Is it because they've determined they're not good enough?  How else do you explain someone like Anthony Carter on Denver?  He was a key player on the Heat back in the late 1990s.  Once he left the league you'd think it was over.  But it wasn't.  He came back and a decade later is still a key player on the Nuggets.  Carter didn't have half the talent Jones had.  This is a mystery to me regarding NBA players].

After his NBA experience Jones would play for the Memphis Houn'Dawgs and Nashville Rhythm of the ABA, as well as overseas in China, Korea, Turkey and Italy. 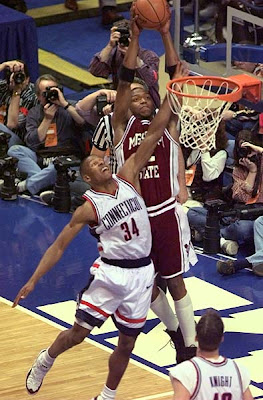 I really thought Jones would have a lengthy NBA career.  He's actually the same age as Ray Allen (you can see him going against Ray at UConn in the picture above) and not that he was better than Allen but it puts things into perspective.  Maybe it was a case of the wrong-time, wrong place, considering he had to endure the wrath of playing for the Evil Emperor in Boston.  He could shoot, had great size for a 3 and I thought he'd easily be able to have a 10 year career.  Didn't happen.

In the history of this segment we've had Teachers (Acres & Roberts), Real Estate Agents (Corchiani & Earl), and many different coaches.  But Dontae' Jones is definitely the first rapper.  He goes by the name "Mr. 615" which is a reference to Nashville, TN, where Jones is from. [I find that really original and am surprised not more rappers or entertainers tie their area code into their stage name].  In case you were wondering about the apostrophe at the end of his first name, his mom added it when he was born for distinctiveness (part of me thinks Anfernee Hardaway's mom should've taken a similar route instead of simply using the name Anfernee).
Addendum:  Found this afterwards, this samples Dontae' rapping: