What the Hell Happened to...Joe Kleine?

He was a member of the 1984 USA Olympic Team.  He was one of 2 players acquired from the Sacramento Kings in exchange for Danny Ainge, a trade I really disliked when I was younger.  While on Phoenix he was affectionately referred to by teammate Charles Barkley along with Danny Schayes as "Schleine" (a good name but not as much as I liked Carluis Scolandry, the combination of Carl Landry and Luis Scola).  He actually won a championship ring with the Bulls in 1998.  I'm talking about Joe Kleine.

The 7'0 Kleine was a McDonalds High School All American and began his college career at Notre Dame but would transfer to the University of Arkansas after 1 season.  After winning a gold medal with the 84 Olympic Team he became the 6th pick in the 1985 draft by the Sacramento Kings, drafted ahead of Chris Mullin, Detlef Schrempf, Karl Malone and Joe Dumars.  He would play 3.5 seasons for the Kings before being traded to the C's on February 23, 1989 along with Ed Pinckney for Danny Ainge and Brad Lohaus. 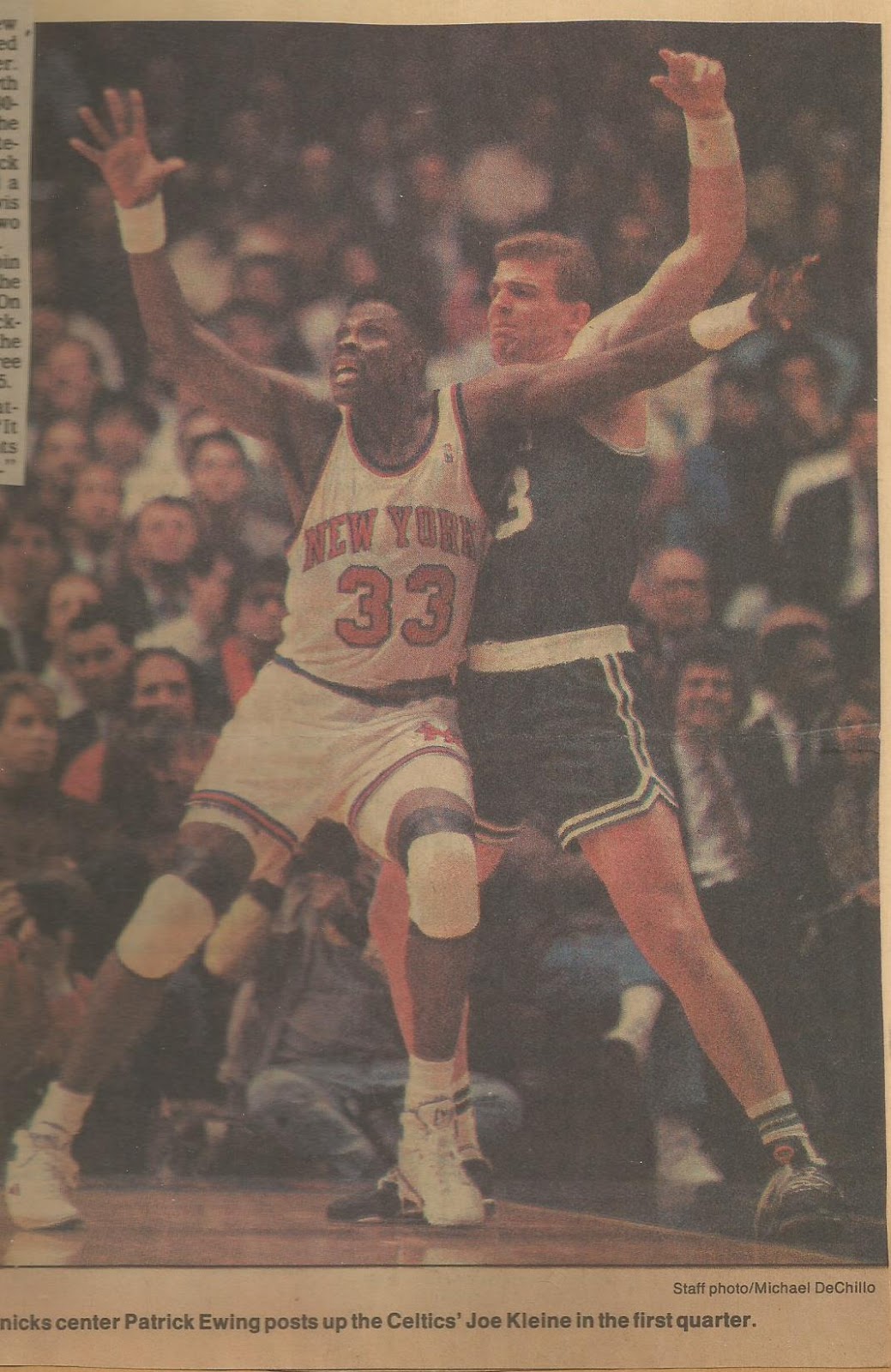 He'd play 4.5 seasons with the Celtics, never living up to his status as a #6 pick.  His highs in points and rebounds were for the 28 games he played with Boston in that 1989 season, when he averaged 6 and 5.  He was a serviceable back-up, a legit big-man unlike today's players.  He had a decent mid-range shot.

After the 1993 season he signed on with Phoenix where he'd team with Danny Schayes to be known as the 2-headed monster "Schleine."  That was when Phoenix had a dynamite team, signing Danny Manning and Wayman Tisdale and adding them to a team that already had Barkley, KJ, and Dan Majerle.  He'd play with the Suns for 3.5 years until being traded to the Flakers with Robert "Towel-Throwing" Horry for Cedric Ceballos.  He'd play just 8 games for LAL before being traded again to the Nets.  Somehow I don't have the animosity for him as I did for these 2 clowns.
He'd finish out that 1997 year for the Nets before signing with the Bulls for the following season, following in the footsteps of James Edwards and Robert Parish, who had played that role of 3rd aging center on the previous 2 Bulls title teams.  He would win a ring that year with the Bulls although he wasn't on the playoff roster.  The highlight of that season for Joe was undoubtedly this moment, where he's able to hit a free throw to give the Bulls 110 points and give the fans free tacos:

Kleine would play 2 more seasons after that, the lockout-shortened season of 1999 with Phoenix and then the 2000 season with Portland, where he hoped to get one more chance at a title.  And if not for a 4th quarter collapse of the ages against the Flakers in the Western Conference Finals (for a Portland team that was really talented) he probably would have. 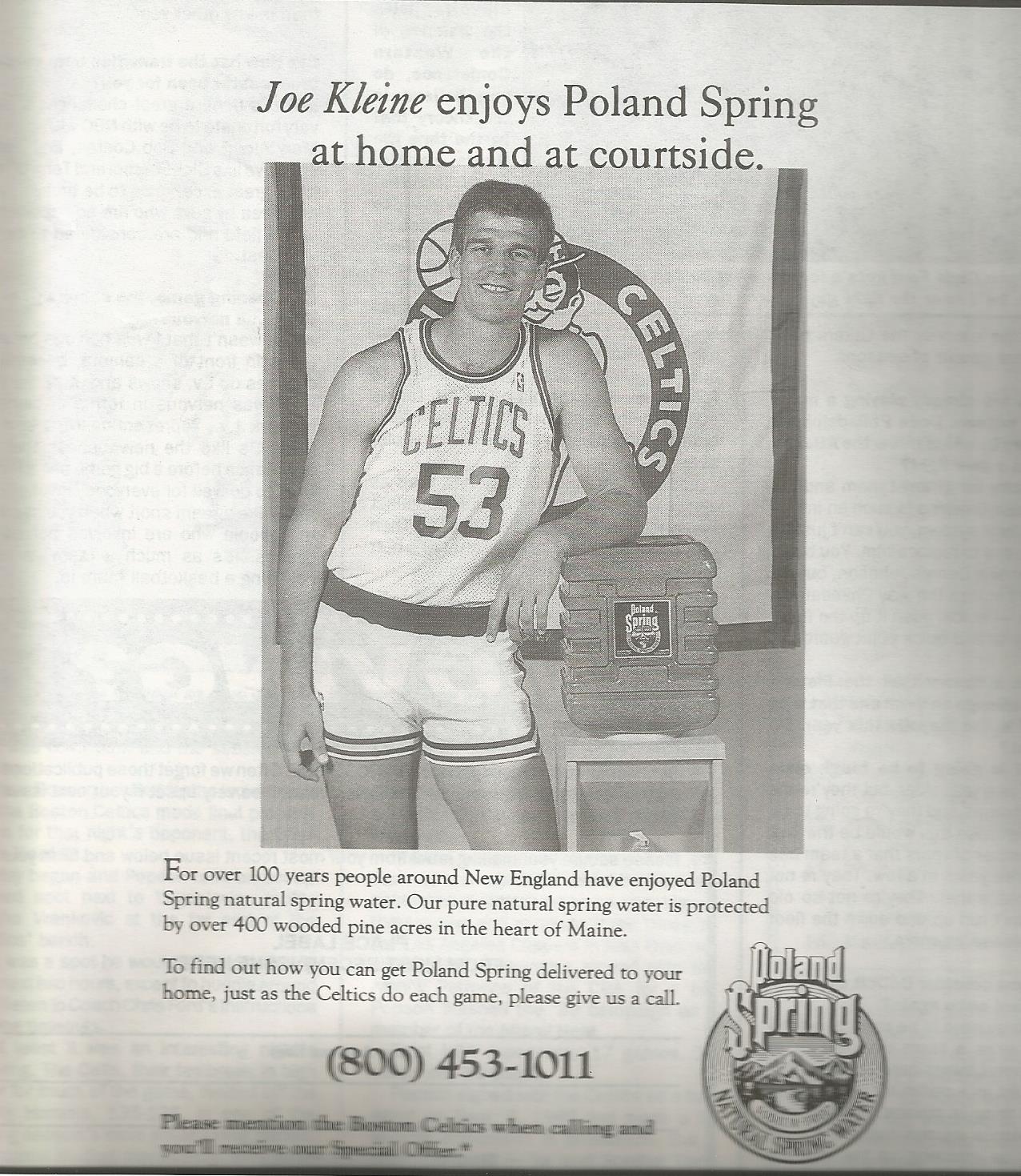 I just never cared for him on the Celtics.  He was more serviceable than, Lohaus, Mark Acres, or Stojko Vrankovic.  The Celtics moved Ainge which made sense, to allow Reggie Lewis to blossom.  But to acquire Kleine and Pinckney for him, well, I just feel the Celtics could've gotten a better player who could've contributed more.  [Tangent time: don't get me wrong, Pinckney was alright (I always used to love how he'd cover his mouth when coughing or yawning lol).  A couple of seasons he was a beast on the offensive glass.  But he was inconsistent in his own right.  I feel Kleine and Pinckney were great college players who never could reach the level in the NBA of being more than mediocre bench players].  In my opinion, Joe would be much more coveted in today's watered-down NBA, where solid LEGIT big men, who are actually 7'0, are hard to find.  If Joe played in today's league no doubt he'd would've been more valued.  And if you don't believe me, ask Todd MacCulloch. 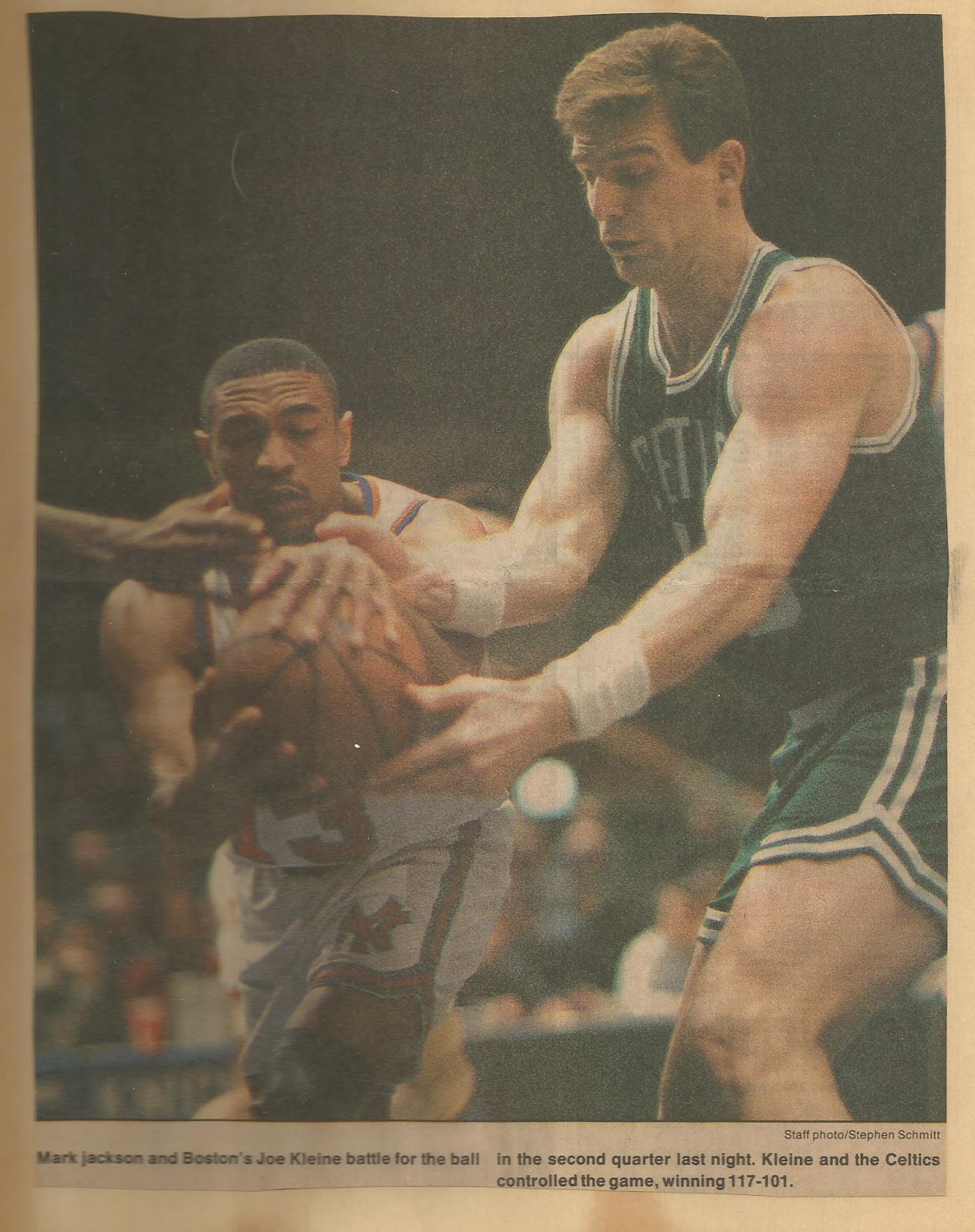 Today Kleine is an assistant coach at the University of Arkansas Little Rock, or the college of my

most hated NBA player today.  He lives in the area with his wife Dana and 4 children: they have two sons Daniel, 21 and William, 8 and two daughters Courtney, 18 and Mallory, 15.  Outside of basketball Joe owns a couple of Corky’s Ribs & Barbecue, which are restaurants based out of Memphis, Tennessee.