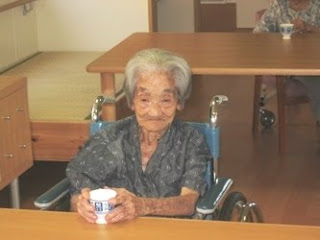 Soon to turn 115, Chinen may have lost a step or twelve, but she can still hit the occasional jumper and she will bring a LOT of veteran experience to the Celtics. The Lakers and the Cavs were also after Chinen, but she chose the Celtics after a phone call from Doc Rivers where Doc assured her that her playing time demands would be met. Doc was quoted as saying, "I'll just take some more time away from Perk." Doc likes to play the veterans and he's extremely thrilled about adding Michael Finley (who turns 37 this week) and Chinen today. "Whenever you can add 152 years of experience in two moves you have to like that," Doc said. Chinen will not be available for Friday's game in Philly, but should be in uniform for Sunday's home game versus the Wizards. She initially wanted the #114, but that is one of the 59 numbers retired by the Celtics, so she will wear #115 instead. Through her interpreter, when asked why the Celtics and not the Lakers, Chinen replied, "Kobe's a dick."