What the Hell Happened to...Alton Lister? 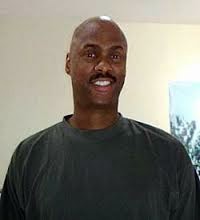 During Wednesday night's game between the Celtics and Bobcats, you may have heard Tommy and Mike talking about how being tall can add an extra 5 years onto your playing career, in regards to Theo Ratliff.  This definitely holds true when thinking of Alton Lister, a far from spectacular 7 footer who played 16 seasons.

Lister, who attended Arizona State, was drafted by the Bucks in the first round of the 1981 draft with the 21st pick. He put up solid numbers his first 5 years with Milwaukee, averaging around 8.1 ppg, 7 rpg and 1.8 bpg while only playing 24 minutes a night.  After the 1986 season he was dealt to Seattle for Jack Sikma.  The 1987 campaign saw Lister put up his highest career ppg (11.6).  But after just 2 seasons with the Sonics, he was traded straight up to the Warriors for their first round pick (who turned out to be Gary Payton; do you think Golden State would've liked to have kept that pick in hindsight?). 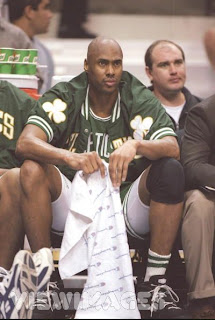 Lister would go on to play another 4 years with Golden State.  After being remarkably durable in his first 8 seasons, he would only play sparingly in the 4 seasons with the Warriors.  This was likely due to injuries and Don Nelson's unusual coaching ways.  He was waived by the Warriors in March of 1993 and went on to sign with Milwaukee.  After one more season with the Bucks he finally made his way to our beloved Celtics, mostly as a throw-in with the Todd Day for Sherman Douglas trade.  At the time, Lister was 37, but looked more like 57.  He actually stuck around in Boston for  2 hapless seasons, the 1996 campaign and the 1997 campaign which was a full-blown tank job.  He pocketed $800K for his trouble in Boston (don't tell Otis Birdsong please) while averaging an uninspiring 1.9 ppg.  He ended his career with Portland the final season, playing 7 games.

Three interesting things on Lister.  While he was on Golden State he was part of the Run TMC team of Hardaway, Richmond and Chris Mullin.  One game the Warriors had the group Run DMC announce their starters.  Obviously TMC got most of the love but when they announced Lister, one of the guys from Run DMC yelled "yeah big guy!"

Secondly, Lister, who wore #53 for his entire career, is second all-time in games played for anyone wearing #53, behind Artis Gilmore.

Lastly, is the most amazing of nuances I discovered while researching Alton.  In the 1982-83 season, he actually garnered 5 points in the NBA MVP voting.   Take a look at that!  Ahead of Bernard King and Isiah Thomas.  How is that possible?  Was it a joke?  He only averaged 8 and 7 and started in 37 games.  Did Alton Lister have a family relative on the board that year who was like "watch this I'm gonna vote for Alton Lister!"  And he has 5 points to his credit.  Does that mean he received multiple votes?  Anyone able to supply Celticslife with more information on this irregularity will be compensated financially.

Unfortunately for Lister the play he's most remembered for was the "Lister Blister" when Shawn Kemp viciously threw one down on him.  Sorry Alton, but we have to show it here:


In today's pansified NBA, the Reign Man would've likely been giving a technical for taunting.  But the way he cradles the ball on his way to the hoop, and the fact it was a playoff game, makes it sensational nonetheless.

The most recent news on Lister was that he was hired as the skills coach for the San Miguel Beermen of the Philippine Basketball Association.  Here's a January 2010 article on him talking about who he thinks will make the Finals of the Philippine League.  Definitely read it; it's amusing hearing teams called "Beer," "Purefoods," and "Rain or Shine" being talked about as winning it all.  I wonder if he teaches any of his inferior players that the best way to get on a poster is having someone throw one down really hard on your head.

Bottom line on Lister: he was easily overlooked as being a good player during his time because of all the great centers.  With that said, he easily would be a top big men in today's height-challenged NBA.  He had decent athleticism and decent mobility.  He's also awesome as the starting center for the 1985 Bucks in NBA 2K14.  Him and Cummings up front are a menace.