What the Hell Happened to...Matt Wenstrom? 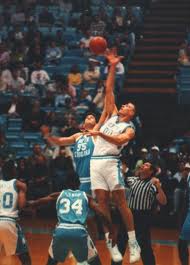 His entire NBA career consisted of 11 games and it was all played for our beloved Celtics in the 1994 season.  He shot 6 of 10 from the floor and 6 of 10 from the free throw line.  You may remember Matt Wenstrom.

Matt was rather fortunate to play in the NBA, after going undrafted.  Sure he played at UNC and even won a National Championship with the Tarheels in 1993 but he only averaged 4 minutes per game and 1.6 ppg throughout his college career.  That UNC team was deep and he actually served as the backup for another WTTHT legend.

In fact one of the only pictures I found online of the 7'1 Wenstrom was to the left, in a jump ball with who appears to be none other than...the aforementioned Eric Montross!  Did they have some kind of intrasquad game?  Why are they wearing their game uniforms and not their practice uniforms?  And most importantly look how Montross is skying above Wenstrom.  I bet the toss was poor, happens all the time. 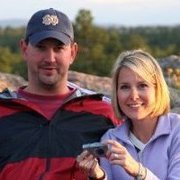 There's so little information on Matt Wenstrom online, that he actually doesn't have a wikipedia page.  In fact by the time you're reading this, you can likely do a google search for Matt Wenstrom and this will likely be the top result.  However one thing he's a part of is a website dedicated to the tallest US citizens.  Of course looking at this site my first thought was that Dwayne Schintzius better be there.  Upon further inspection he's there, along with Montross.  (In fact if you look closer there's a lot of classic guys like Jim McIlvane & Keith Closs who would be classic WTHHT if they played for the Celtics in addition to a couple other guys you can probably expect to see articles on.  Furthermore they need to delete Wilt Chamberlain and Jason Collier since well, they're not alive anymore).

Matt Wenstrom used to work for Cotton Company, in the Houston, TX area.  He has since stayed at that indusry and was hired as Interstate's Vice President of Sales in 2007.  As you can tell from their website, Interstate, which is based in Colorado, is a combination of a restoration, construction, and catastrophic disaster service company. 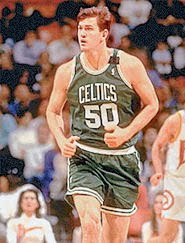 So there ya have it folks, the most in-depth Matt Wenstrom article on the web.  But if this information doesn't suffice feel free to reach out to him on facebook.  Unless that happens to be another Matt Wenstrom who is friends with Serge Zwikker :)

3/22/10- UPDATE: New Matt Wenstrom picture to the right thanks to http://www.iamaceltic.it  The best Italian Celtics site out there!