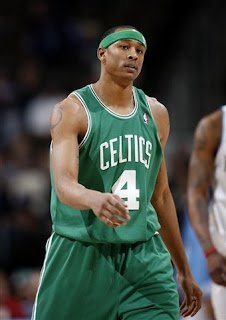 I hate when people say, “that player has tremendous upside." That one phrase leads to the downfall of many a franchise. Picking players in the draft because they could be good, rather than picking players based on their actual body of work is ludicrous to me. Look, obviously good college players don't always become great NBA players, but when in doubt I would always go for "proven" over "potential.”

Drafting on potential rarely pans out. For every Lebron there are five Kwame Brown's. Sure, some of these aren't that obvious, but some make you just scratch your head. It's one thing to draft for potential in the top 20 where you have to pay the big bucks and expect that player to be a franchise player. It's quite another to draft for potential in the second round where you really are just looking for role players anyway.

I will never wrap my head around the fact that the Celtics passed up on Mario Chalmers for the corpse of J.R Giddens. When I saw the J.R Giddens pick on draft night a couple years ago I thought it was a joke at first. You pass up a guy that hit the game tying shot and eventual game winner in the national title game for a guy who made some nice dunks and was kicked off his college team? It's like the Celtics were still drunk from their championship celebration. Giddens had D-League written all over him from the start.

If the Celtics had an earlier pick before Dejuan Blair last year I think there's a good bet they would have passed him up, just as many other teams did. He was a beast in college and despite his injury issues there really is nothing to lose by drafting him. Did anyone actually think 43 other players were better than him?

Now, it hasn't been all bad. Obviously the Rondo draft day trade was brilliant and getting Al Jefferson at #15 in 2004 was a great move. It's easy to judge after the fact that picks were good or bad, but I think it's legitimate to question picks that make no sense.

For such smart individuals, GM's can be really dense sometimes. Maybe it's just me, but if I'm trying to build a franchise I want to draft players that have actually proved their worth on the basketball court. I don't care about their 40 time or how high they can jump. Everyone can jump high in the NBA; it's the intangibles that make a player good. Here's hoping Danny and the Celtics front office start paying more attention to what players can do on the court than drafting potential.