He was the first Egyptian player to play in the NBA.  As a Duke graduate, he was destined not to become an ultra-successful NBA player.  In fact the quote he may be remembered best for was while he was at Duke in regards to their rigorous academic program, he said "The only way I can get five A's is when I sign my name."  You may remember Alaa Abdelnaby.

He was selected with the 25th pick in the 1990 draft by Portland after a 4 year career at Duke.  Alaa didn't win a national championship, as he graduated the year before Duke would win their back to back NCAA titles.  I remember his final college game clearly when UNLV destroyed them in the National Championship game.  As a member of Portland he was on the 1991 team (that began the season 19-1) and the 1992 team which lost to the Bulls in the Finals.  Even though his playing time was minimal, this wound up being his most success in the NBA.

After the season he was traded to Milwaukee for Tracy Murray and after just a few months was dealt to our beloved Celtics in 1992 for Jon Barry, who was still holding out in contract disputes (speaking of Rick's son, isn't it great #21 picks can't bitch about their contracts like they used to anymore lol?).  He showed a lot of promise with the C's that season averaging 8 points and 5 rebounds in 18 minutes a night.  I remember him being quick around the basket and really thought he could progress to being a starter.  Boy was I wrong.  He only played 13 games the following disastrous campaign with Boston due to injuries.  54 games later with stops in Sacramento and Philadelphia, and Abdelnaby's NBA career was done. 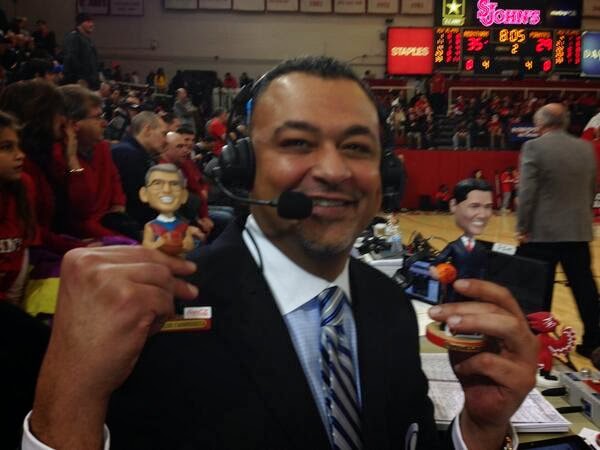 The last place I saw Alaa Abdelnaby was on NBA TV, just last season.  I remember him referring to Drew Gooden as Dwight Gooden before being corrected.  (TB TangentTime: However he wasn't NEARLY as bad as Tim Hardaway on ESPN NBA Shootaround back in 2002- anyone remember that?  How he'd stutter and stammer and forget everything?  He was a disaster on television and that was before his anti-gay remarks.  Almost as bad as his stint with the Pacers.  In fact during my search for this information I found this description of Hardaway's performance: "Watching Hardaway try to do it reminded me of the old Brady Bunch episode when Cindy Brady appeared on TV and froze as soon as she saw the red light on the camera come on."  Couldn't say it any better myself.  He sort of resembled this guy, please watch this for the laugh of a lifetime:


Wayne Summers? Heckem Warrick?  This guy is priceless, sign him up for Celticslife.  For the record anyone who has footage of Tim Hardaway's brilliant performance on ESPN will be compensated financially by Celticslife.)

I haven't seen Abdelnaby this year on NBA TV anymore; maybe they canned him. He did attend Bloomfield High School in New Jersey, which is about 5 minutes from where I live.  Maybe I'll stop by some time to see the Bloomfield High Bengals' memorabilia to see if there's any Alaa Abdelnaby stuff I can take pictures of to share with you.  Or maybe not.

***Addendum: 3/5/11- Special thanks to Celticslife reader Chris below, for pointing out that Alaa now works for CBS College Sports

Also, Alaa had some recent comments on the uprising in his native Egypt which you can read about here.