Hopes for the Second Half 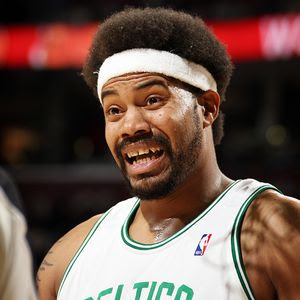 Stop whining Rasheed!
It's been an up and down season thus far for the Celtics. They started out hot, hit a small rough patch, reeled off a long winning streak, then hit another extended rough patch. Now here we are in the second half of the season.  Obviously the Celtics need to play better than they have recently to beat the Cavs, Lakers, Magic, and Hawks.  One of the big questions is can they do it with the current team assembled.  I think they need to make at least one move, even if it is something small .  The Celtics brass likes to say that when healthy this team has what it takes to win a title, but the reality is they probably will never be totally healthy. Below are a list of things I hope to see out of the Celtics and around the league in the second half of the season.
What do you all hope for in the second half? Do you still think the Celtics can compete for a title? Personally, I just feel thankful the Celtics are in the discussion and I can watch them in the playoffs every year.  I remember a time not too long ago when that wasn't the case.  Go Celtics!