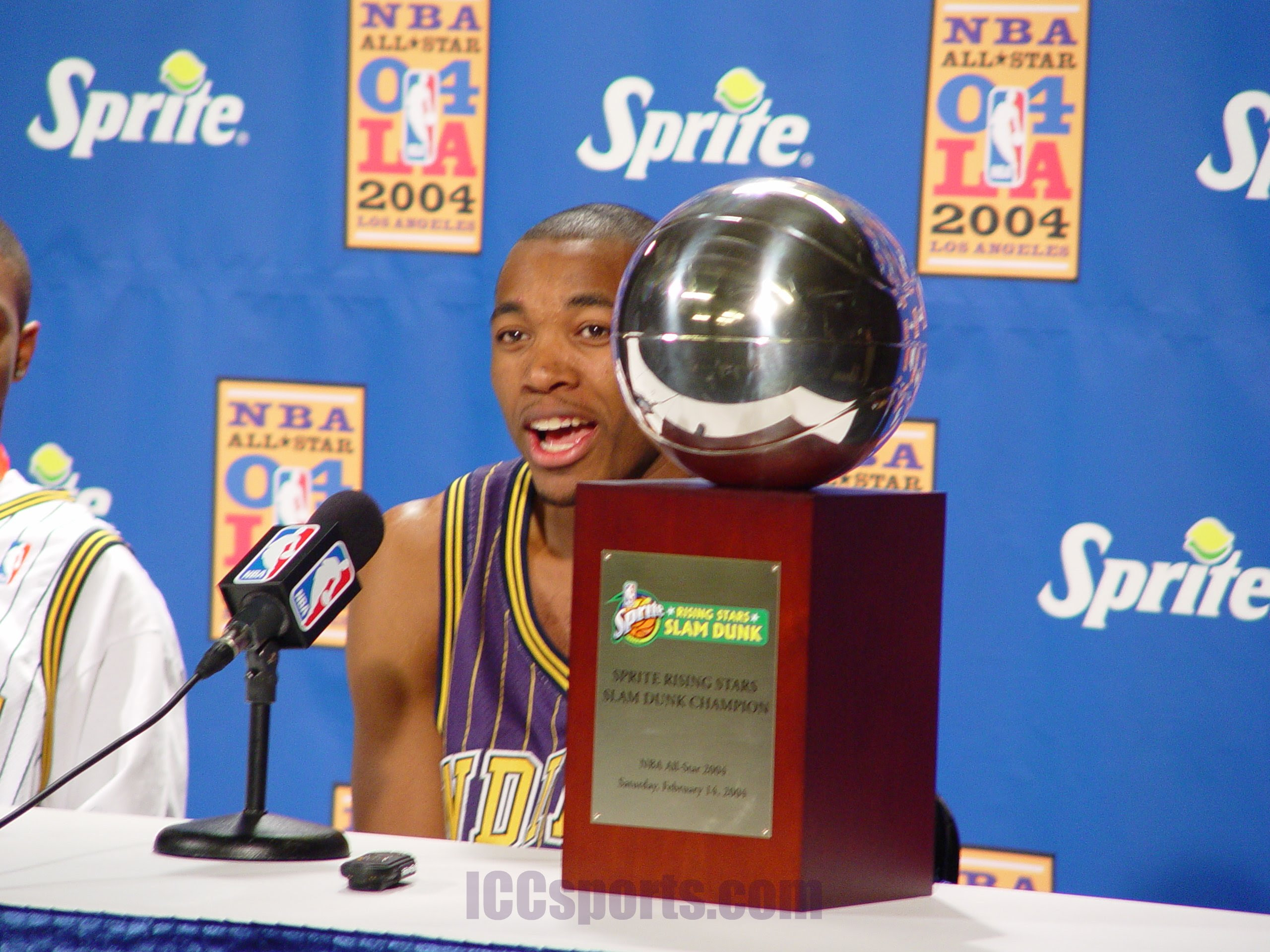 Back when I was growing up, the NBA Dunk Contest really used to mean something.  An artistic display of the elite high risers of the game, putting on a spectacular show for everyone to witness.  An extraordinary combination of finesse and force empowered this annual aerial showcase.  It meant something to be selected for the contest and meant even more if you won it.

The contest really was a special event from its NBA inauguration in 1984 (won by Larry Nance) to about 1992 (Cedric Ceballos winning it).  I was going to extend it to 1994 since I was impressed with Isaiah Rider that year but the montony of Harold Miner (1993 and 1995) really began a downward spiral (yes Harold I know you could cuff the ball and do a spin and dunk).  Today the simple fact is, there's really no dunks left to do.

There have been a handful of exceptions over the years.  Vince Carter in 2000 was great (that hanging by the rim from his elbow stands out).  Gerald Green blowing out the cupcake was creative as well.  But seriously how many windmills or off the backboard tosses can you see without getting sick?  The artificiality of the crowd's "oohs and aahs" is embarrassing.  Seriously no one's impressed anymore by seeing the same dunks they've seen a million times.

People who are down on the dunk contest nowadays point to the big name players not participating.  Players like Dominique and MJ were past winners.  People also said it was better when there were 8 contestants.  I say this is all hogwash.  It doesn't matter who's in the contest, it can't be revitalized after you've seen Desmond Mason and Jason Richardson do the same stuff, year after year.  And face it if you put guys like Bean and LeBron into the contest, they couldn't do anything more spectacular than Fred Jones.

Pro dunk contest folks will contest "Oh look at Dwight Howard, no guy who's 7'0 has done those types of dunks."  First off Dwight is maybe 6'10 (anyone see him standing next to Kevin McHale tonight lol) and actually yes I've seen Larry Nance and Shawn Kemp do those dunks (they just weren't wearing a cape).  And speaking of how short NBA players are today.

So the only thing to do is one of two things (if the NBA is intent on keeping the "entertainment" aspect  factored in).  They can either allow all props (Dwight Howard had asked a few years ago if the rim could be raised to 12 feet to which his request was declined) or lower the rims to about 6'10 and have guys like Craig Sager and Kevin Harlan have a dunk-out (seriously who wouldn't watch that?).  For example one year let all the NBA contestants use a trampoline so their dunks can finally rival the ferociousness of the mascots.  Or you pick random people from the stands, maybe all women over 60 and give them a trampoline, and have them do their best throw-downs.  Maybe have one NBA guy go against one guy from the stands who can use a trampoline (I like the trampoline idea in case you didn't realize).  Or let the cheerleaders have a dunk contest.

The NBA canned the contest back in 1998 (great idea) the year the game was played in New York citing that there hadn't been much creativity in recent years.  Well NBA officials hear this: Unless you get creative, it's time to dunk it again, this time permanently.