The Allen's: Ray vs. Tony 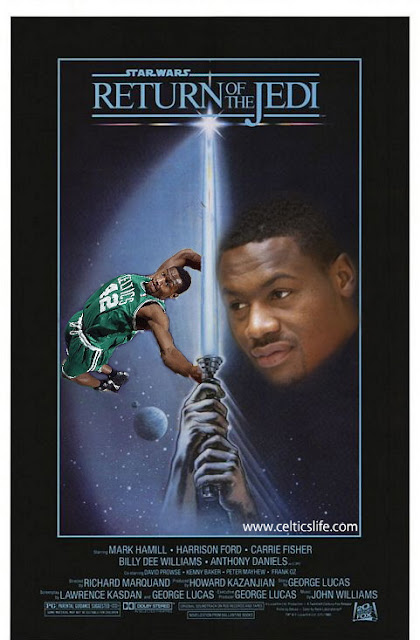 R. Allen (per 36 mins)     15.5 ppg,  3.3 rpg, 2.7 apg, 0.9 spg, .451 fg% .515 eFG%
T. Allen (per 36 mins)     13.4 ppg,  5.8 rpg, 3.1 apg, 2.5 spg, .517 fg% .516 eFG%
Prior to blowing out his knee and the trade for Ray Allen three years ago Tony Allen was the Celtics other starting wing. Tony became the forgotten man on the Celtics and many called for him to be let go or traded for a couple rubber basketballs. Danny Ainge for reasons that left Celtics nation befuddled never gave up on Tony. If you look at the above stats Tony Allen has returned in such a big way that he's even outplaying Ray Allen, the guy that Celtics fans have no desire to see go. I should as a disclaimer mention that per 36 minutes Tony does average 1 more turnover, which is not surprising since he drives more often and also Ray Allen is an elite free throw shooter and Tony Allen is a career 74% free throw shooter, who's shooting even worse this year. On the other hand, Tony Allen on the other 50% of the game, which we call "defense" is a much better player. The reason I bring this up is not to make Ray look bad, but to show what a great comeback #42 has made. He's not a throw-in as an expiring contract; he would actually be a significant loss. Props to T.A. for stepping up this year and hopefully his contributions to the Celtics will continue through June at least.