What the Hell Happened to...Ramon Rivas? 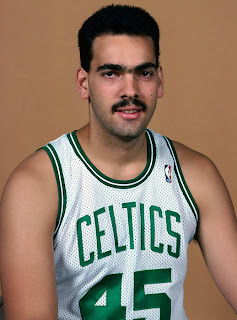 He took the term "corpse" to an entire new level.  But he played with Larry Bird, even if it was the 1989 season and Larry only played 6 games.  You may remember Ramon Rivas.

Rivas was on that Puerto Rican National Team along with Jose Ortiz who played for the Jazz.  They gave that 1990 Men's FIBA National Championship Team all they could handle in the Bronze Medal Game.  I remember watching that game and not understanding.  Then I realized how the American team wasn't pros and the Puerto Rican team was.

Rivas' entire NBA career consisted of the one 1988-89 campaign for the Celtics.  He played college basketball at Temple and went undrafted.  Boston signed him on August 26, 1988.  He played in 28 games and scored 40 points in his entire career.  For his trouble he pocketed $100,000.  Obviously he didn't make what Dwayne Schintzius made and can't live the good life.  But don't tell that to Otis Birdsong. 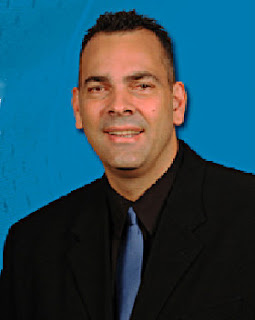 As I mentioned in my last Ronnie Grandison article, the calendar I had for that season put every Celtic player on their own month.  But since there were 13 players on the roster and only 12 months, Rivas had to share with Ronnie Grandison.

Today, according to his wikipedia page (which was obviously written by someone for whom English is a second language) Ramon Rivas does the Spanish Broadcasts for the Orlando Magic.  Which isn't too surprising since I saw a Magic game recently where they showed him and he waved to the camera but didn't say who it was.  I never forget a former Celtic, no matter how obscure.

One thing Rivas has going for himself is he's actually in a couple of NBA photos online in Celtics' attire.

In 2011 when the Celtics signed Carlos Arroyo, he purposefully wore #45 to honor Rivas, the first Puerto-Rican born athlete to play for the Celtics.  Carlos had some nice words:

“[Rivas] is one of those guys, as him being a Hispanic, Puerto Rican guy, that really opened the doors for us in the earlier days. Being a fellow Puerto Rican and part of this franchise, hearing how people praised him when he was here and how great of a player he was, I wanted to follow in his steps while I was here in Boston. It's my way to honor him and he's one of the Hall of Famers from my country.”

Rivas surely isn't a Hall of Famer in this country.  (It's like when people would say Kurt Thomas lead the nation in scoring and rebounding, and the retort was "what nation?")  And Carlos can expect to have a WTHHT written on him too one day.

PS- This is not the same Ramon Rivas doing standup either.

Addendum: Seems like Rivas loved getting into fights.  Here's a picture of him and felllow-WTHHT star Tony Massenburg I stumbled upon while researching Tony: 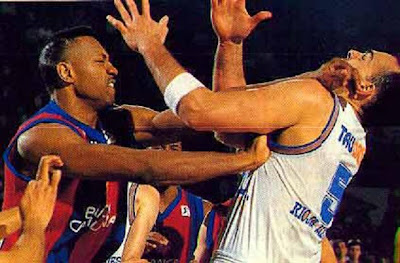