Could Monta be had without moving Ray? 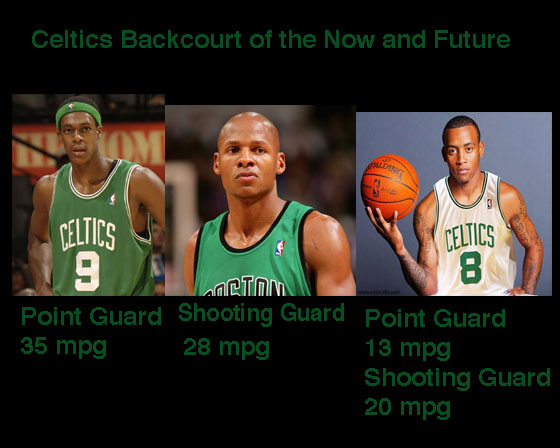 If Ric Bucher of ESPN is to be believed, the Golden State Warriors are in Fire Sale mode and want to dump salary. The Celtics just happen to have a bunch of expiring contracts and a couple trade exceptions. Since the rumored Ray Allen deal would only be for financial reasons, why does it have to be Ray Allen's contract? Monta Ellis makes 11 million per year. Let's see if you can do the math with some of these other expiring contracts:

Then there's also Bill Walker and Shelden who make less than a million and Glen Davis who makes 3 mil but has another year left. Add in Sam Cassell's and Patrick O'Bryant's trade exceptions and you have plenty of other options.

Golden State right now is decimated by injuries, so they could use the extra players, but my guess is that they'd release some or buy out some as well. With a 3 guard rotation of Rondo, Ray, and Monta, House becomes pretty expendable. We'd want to hold on to one of Tony Allen, Marquis, or Bill Walker to back up Pierce. With 'Sheed, Baby, and Shelden our bench depth is solid down low.

Why would an NBA team trade an all-star caliber young guard for essentially nothing? That's the money side of the NBA. They're basically treating him like a free agent that they no longer want to pay (similar to how the Bulls went about letting Ben Gordon go).