The death of the pick up game 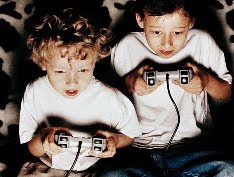 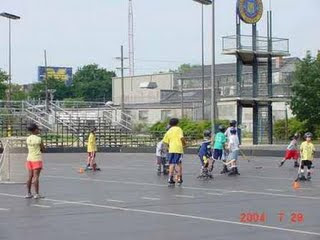 Technology is a great thing. I don't know what my life would be without the Internet, HD, or my Ipod. But technology also makes us lazy and encourages stupidity. For example, I'm terrible with directions and have lost all hope in my ability to read a map. Therefore, I got a GPS and find myself typing in directions from the grocery store down the street. Not really, but you know what I mean.

What does this have to do with pick up games? Well, with this updated technology people would rather sit around playing video games, then go outside and actually play sports. I never understood it. I'm going to be that 75 year old guy stumbling around trying to guard his grandkids.


As a kid all I did all day was sports. I'd play pick up baseball in my neighbors backyard and shoot hoops all day and night. I played so much that my basketball actually lost its grip. I hated being inside and still do. In high school when I wasn't practicing for a sport, I was playing pick up with the " Great Falls Crew". I was lucky enough to be good friends with people who all loved playing pick up hoops. We would battle almost everyday in the summer, and every weekend during school. This continued during summers in between college. Binns, Brett, Zane, Zo, Chow, Rich, and a variety of others would play almost everyday at Zane's court, or the courts at Village Green. Binns and Brett would talk a lot of shit, but they'd always back it up. Really we all talked a lot of smack to each other but it was all in fun. The important thing is we were all out there playing sports instead of sitting in a dark basement in our pajamas wasting away our youth. The exception to this is ofcourse Justin Chow who made a career out of playing Madden and has won a ton of money off it.

During college I had some of my best pick up games. We had a crew of 5 that played together everyday and would repeatedly go days without losing a single game. Everyone worked well together and we had Steve Perry, who is probably the player I've most enjoyed playing with over the years. He could take over a game when he wanted to, but was always a pass first player. I will always miss those pick up games.

Today I'm still always down for a game. Lately I've been frequenting the courts around Arlington and have rounded up a solid group of players to play with. Of course, I have to mention the battles that go down at the Dolly Madison courts in McLean. The main battles are with my arch basketball Nemesis's Waleed and Tarick Gamay, better known as the "Gamay Package". Nothing pleases me more than beating them in basketball, and conversely nothing makes me angrier than losing to them. They have perfected the "Gamay shuffle" and the "Gamay excuse." They have turned into some solid basketball players though, and have beaten me in about 10 straight games to this point. I can't forget to give a shout out to Kareem Yakub, the most improved player. He still can't cross over and look up while dribbling, but he has an automatic three point shot from the top of the key. This is all just friendly smack talk for all you sensitive types out there.

It is up to the youth of America to revitalize the pick up game. As we get older and more responsibilities come our way, we have less and less time to call up the boys for a game of basketball. Don't waste your youth. Before you know it you'll be 45 years old, with 3 kids, a wife and mortgage. You will be dreaming of the days when you had the ability to shoot a turn around J. All I know is as long as I can walk I'll always be down for a game to 11.

Thanks for reading everyone. Sign up to become a follower if you like the blog, or sign up so you can tell me how much you hate it every week! Happy Friday!

You can read more of my blogs http://karlssportsblog.blogspot.com/.