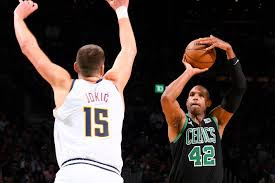 While the Golden State Warriors have faced their share of struggles (both literal and figurative) in quest of a repeat championship, they are half-way to accomplishing something else that I believe to be unprecedented in Association Annals. 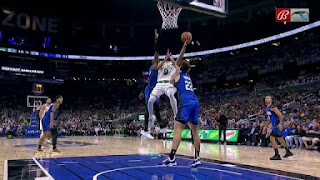 In a similar vein, there’s only one team getting OVER HALF of its point production from one area – namely THE PAINT. Ja Morant and his Memphis Grizzlies 1,167 on-target FG’s launched from Hubie Brown’s infamous “painted area” represent 50.5 percent of their season’s point production. (A mere four squads – the Mavs, Clippers, Dubs, and C’s – get less than 40 percent of their scoring from the Paint.)

The Cream of this Crop

When it comes to the “Mid-Range,” would you be shocked to learn that DeMar DeRozan’s team tops the charts – albeit by scoring about one of every seven points (.143) from the Great “Betwixt and Between” (just 670 of its 4,701 points). More than 80 percent of the league generates less than 10 percent of its offense from the Mid-Range.

This leaves us with Free Throw shooting as the final source of scoring … interestingly, the aspect of scoring most directly impacted by officiating has the least variance of all four categories. The “top” team gets 18.9 percent of its scoring from the charity stripe, the “bottom” team (Golden State, not quite so ironically) 13.7 percent.

The Cream of that Crop 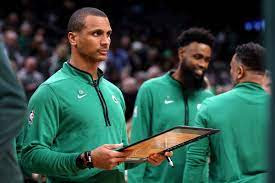 I think it was 50 seasons ago when the cover photo of the Sports Illustrated NBA preview issue showed Gus Johnson and Dave DeBusschere grimacing and exchanging elbows while battling for a rebound, dubbing the clash “The Classic Confrontation” … and indeed it was.

Dave Cowens going mano-a-mano with Bob McAdoo in his Buffalo days was a duel well worth the price of admission.

This era’s preferred style of play – spread the court, drive-and-dish, switch everything – seems to have inhibited the emergence of such entertaining individual match-ups that once were so common.

Of course, it could also be true that I’m just an out-of-touch Old Fart !!!