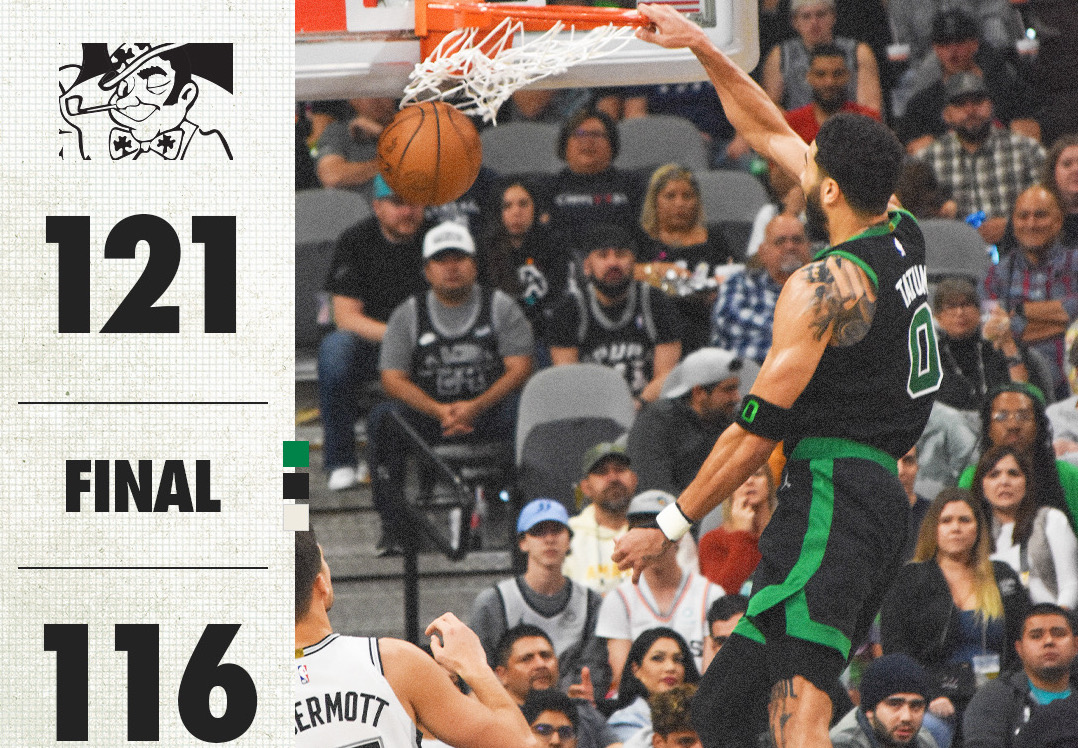 The Celtics improved to 28 and 12 on the season and finished their road trip with a 2-2 split after defeating the Spurs in San Antonio Saturday evening. Jayson Tatum and Jaylen Brown combined for 63 points to lead the Celtics to their 121-116 victory.

Derrick White filled up the stat sheet in his return to San Antonio, highlighted by 11 assists. Malcolm Brogdon and Robert Williams were both key off the bench. Brogdon finished with with 23 and 7, while Time Lord added 11 rebounds, 4 blocks and 3 assists to his 10 points.

Former Celtics wing Josh Richardson tied up the game in the final minute at 116, but the Celtics prevailed/got lucky to close out the game. Marcus Smart left the game early with a knee injury. Hopefully it's nothing serious.

.@tvabby caught up with Derrick White after the C's win over his former team in San Antonio☘️ pic.twitter.com/DyDJjIBsXQ

The Celtics will now head back to Boston for two games. They'll host the Bulls who have been a thorn in their sides this season on Monday and then the Zion-less Pelicans on Wednesday.