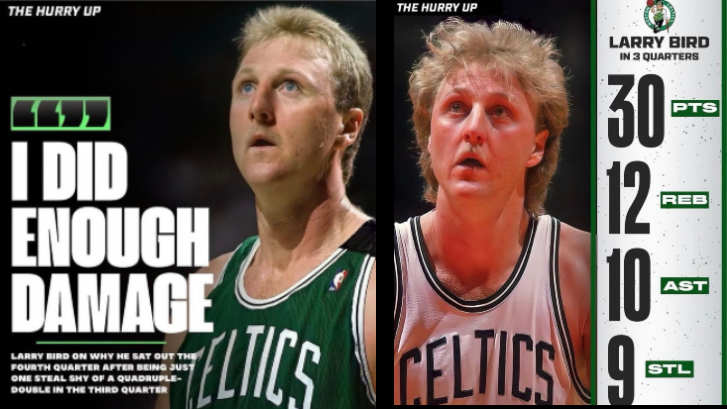 Two days ago Luka Doncic made history as the first NBA player to ever tally a 60/20/10 triple double. Luca accomplished this in an overtime win where he played 47 minutes. After the game, Doncic joked that he needed a beer.

Another player no stranger to a postgame beer was the Boston Celtics own Larry Bird. Larry Legend put up 30 points, 12 rebounds, 10 assists and 9 steals in one game in 1985 in Utah, but since it was a blowout he sat the entire 4th quarter. He was actually informed that he was just one steal shy of a quadruple double, but decided to pass on the stat chasing.

Bird famously responded after the game that he had done enough damage when asked why he didn't return for the 4th quarter. Hypothetically, one can only imagine what numbers Bird would have put up if he had played the 4th quarter (let alone an overtime).