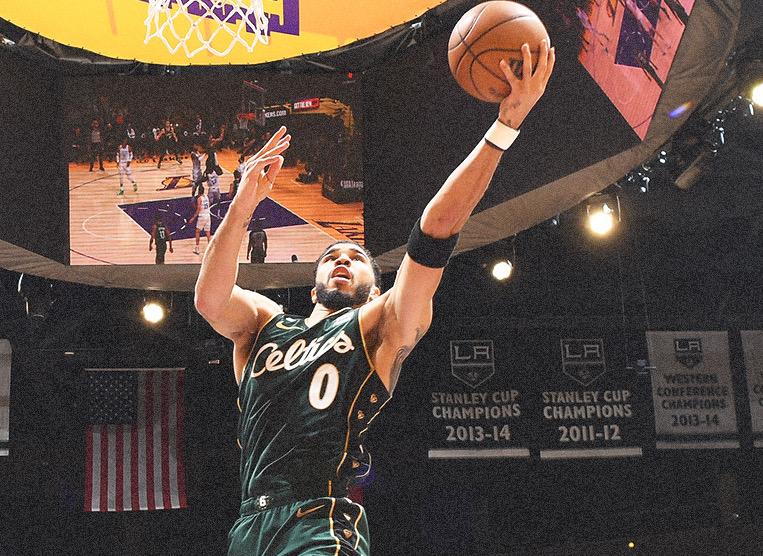 The Celtics had this game in control, then blew it, then came back to force overtime, and finally prevailed in the extra session. That's their night summed up in one sentence. LeBron James and Anthony Davis finished with 33 and 37 points respectively, but Jayson tatum bested both of them with a game high 44 points. Tatum also hit this key jumper to force overtime:

Why not overtime? It’s still early in the night. 🤷‍♂️ #BleedGreen pic.twitter.com/mHChvwaUl4

Jaylen Brown added 25 points and tied his career high with 15 rebounds in the win. The 22-7 Celtics bounced back from back-to-back disappointing losses to the Warriors and Clippers to end a solid road trip on a high note. The 4-2 trip is more impressive when you consider that they did it without either of their big men (Time Lord and Horford) save one game with Al.

The Celtics will now head back to Boston for a seven game homestand which will kick off on Friday with the first of two games versus the Orlando Magic.

You are the new king pic.twitter.com/4DAIfQl3tL

“That’s how you do it!… That shows the the true character of our team. That was a great win, I’m proud of the guys. Let’s go home.”

Jayson Tatum walks off after his 44 point performance in the @celtics OT win! pic.twitter.com/wP3tO0X4iF

"It shows the resilience of this team, we fought back and got a win" @tvabby caught up with Jaylen Brown after the Celtics overtime win pic.twitter.com/ftN3cfBKHg

Joe Mazzulla: "This trip taught us a lot in terms of what we need to do to win games in different ways."

had to grind out one last win before we could head home ☘️ pic.twitter.com/QdauLeuv6b