Jayson Tatum put up one of his most offensive performances of his career Wednesday night versus the Heat, finishing with 49 points and 11 rebounds. Tatum hit on 8 of his 12 3-pont attempts and only missed one of his 12 free throw attempts. The Heat kept things a game despite playing without Jimmy Butler, but in the end Tatum and the Celtics were simply too much for the Heat to handle.

Jaylen Brown was back in the line-up and pitched in with 26 points, while Malcolm Brogdon was hot from beyond the arc hitting on five 3's on his way to 21 points off the bench. Marcus Smart kept up his streak of selfless games with more assists (9) than shots taken (7). 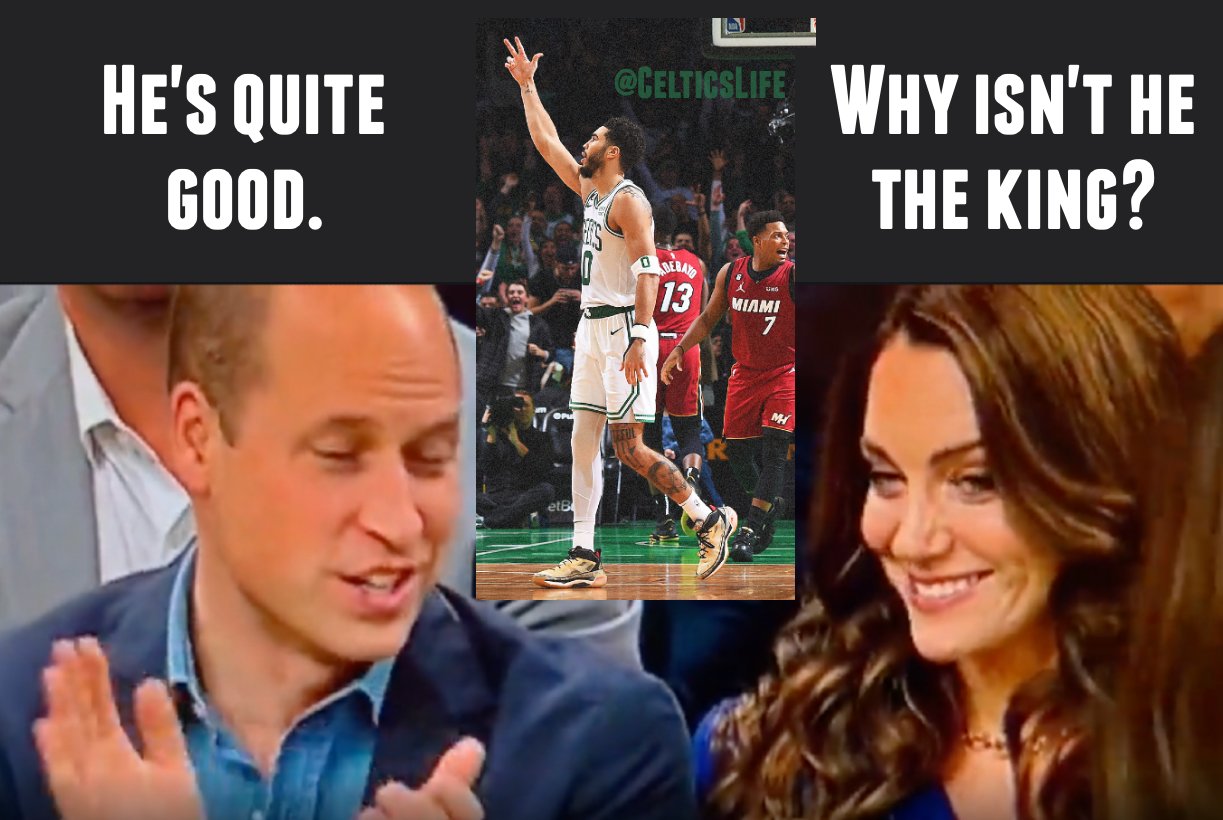 Jaylen Brown on playing in front of the prince and princess: “It was just a regular game to me.”

The Prince and Princess of Wales (@KensingtonRoyal) were in attendance to watch Jayson Tatum's 49-point performance in Boston. #NBACelebRow pic.twitter.com/cgWQUjXSdp

The Boston Celtics current NBA best record of 18-4 projects to a full season win total of 67.08, which would be the franchise’s most wins in fifty years. The Celtics will for some odd reason host the Heat again on Friday before heading on a six game road trip starting on Sunday.

This is the first time since March 1968 that the Celtics have scored 130+ points in 3 straight games.

Prince William after another Jayson Tatum 3.