Brooklyn Nets suspend Kyrie Irving for a minimum of 5 games 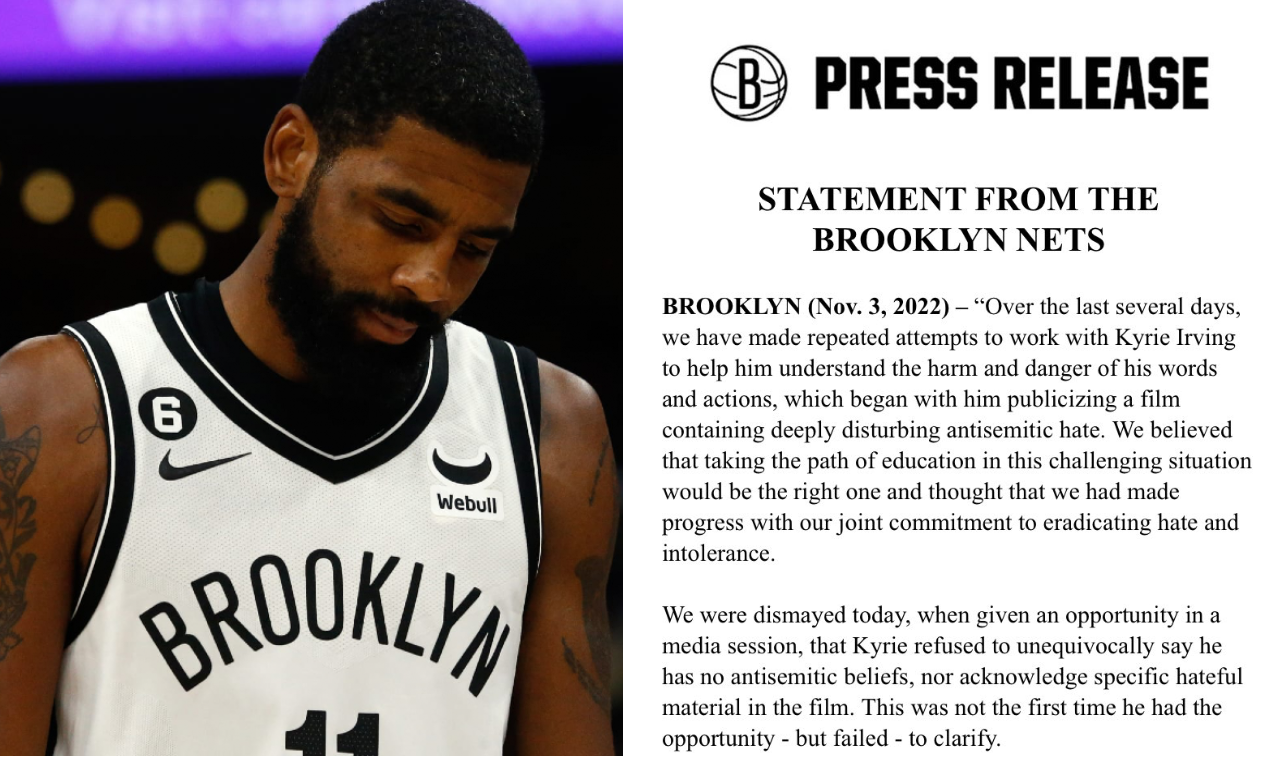 Brooklyn Nets announce they are suspending Kyrie Irving for a minimum of five games. 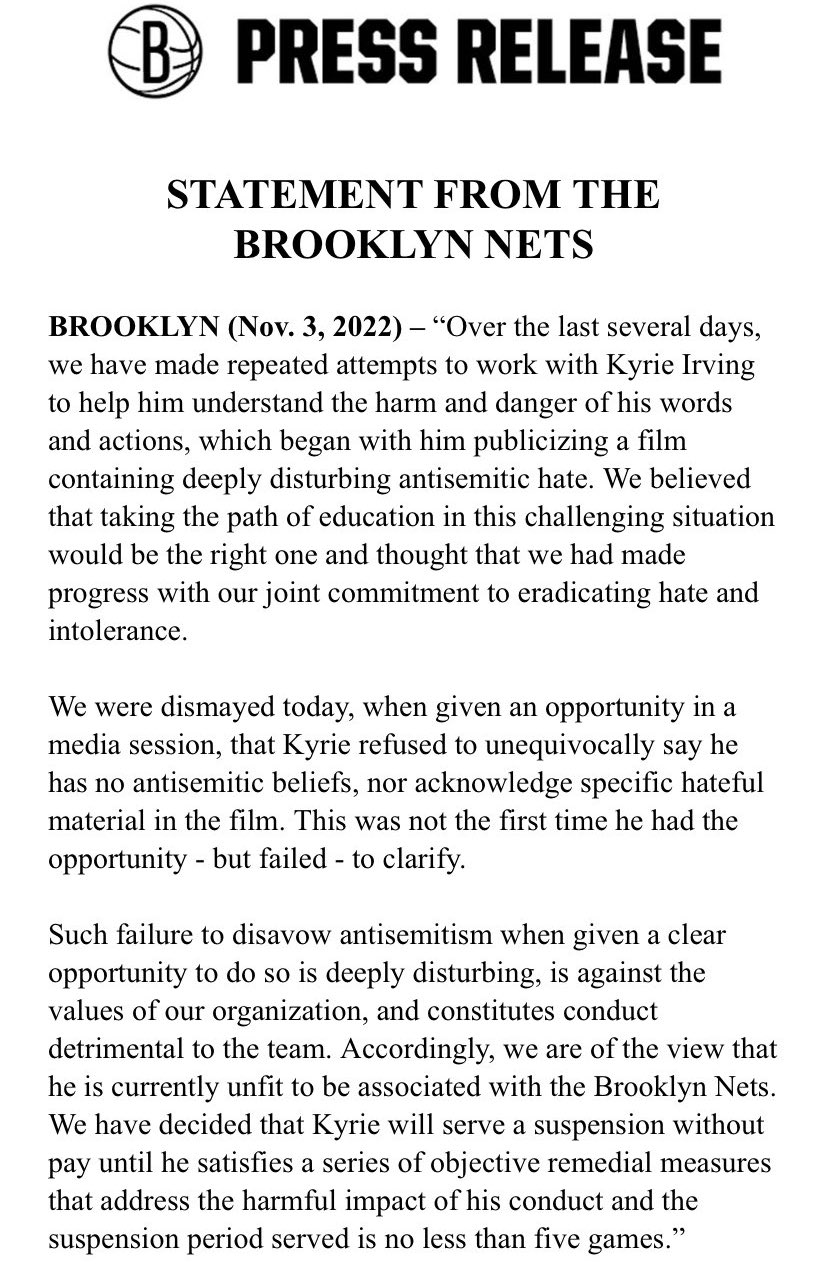 "We are of the view that [Irving] is currently unfit to be associated with the Brooklyn Nets."

The Nets want Irving to make changes over the next week or so and if he refuses, who knows how long the suspension will last? But with a lengthy suspension, so comes the potential that the NBPA, where Irving comically is a VP, would file a grievance on Irving's behalf to recoup lost earnings.

Kyrie Irving blames Amazon for having the antisemitic video he tweeted, says Alex Jones’ “New World Order“ conspiracy theory is true, says something that gets bleeped, and gets into an argument with a reporter, before Nets PR finally shuts it down pic.twitter.com/v9rgcuojX0

Kyrie Irving says he didn't mean to cause any harm in sharing a post to a film that has been described as anti-Semitic:

"I'm not the one that made the documentary" pic.twitter.com/NkRvZDoqbS

If the Nets do in fact hire Ime Udoka as expected, not having Kyrie Irving around in the beginning likely benefits Udoka as he tries to instill a new culture there.

"I really miss Kyrie Irving in Boston."
-Says no Celtics fan ever