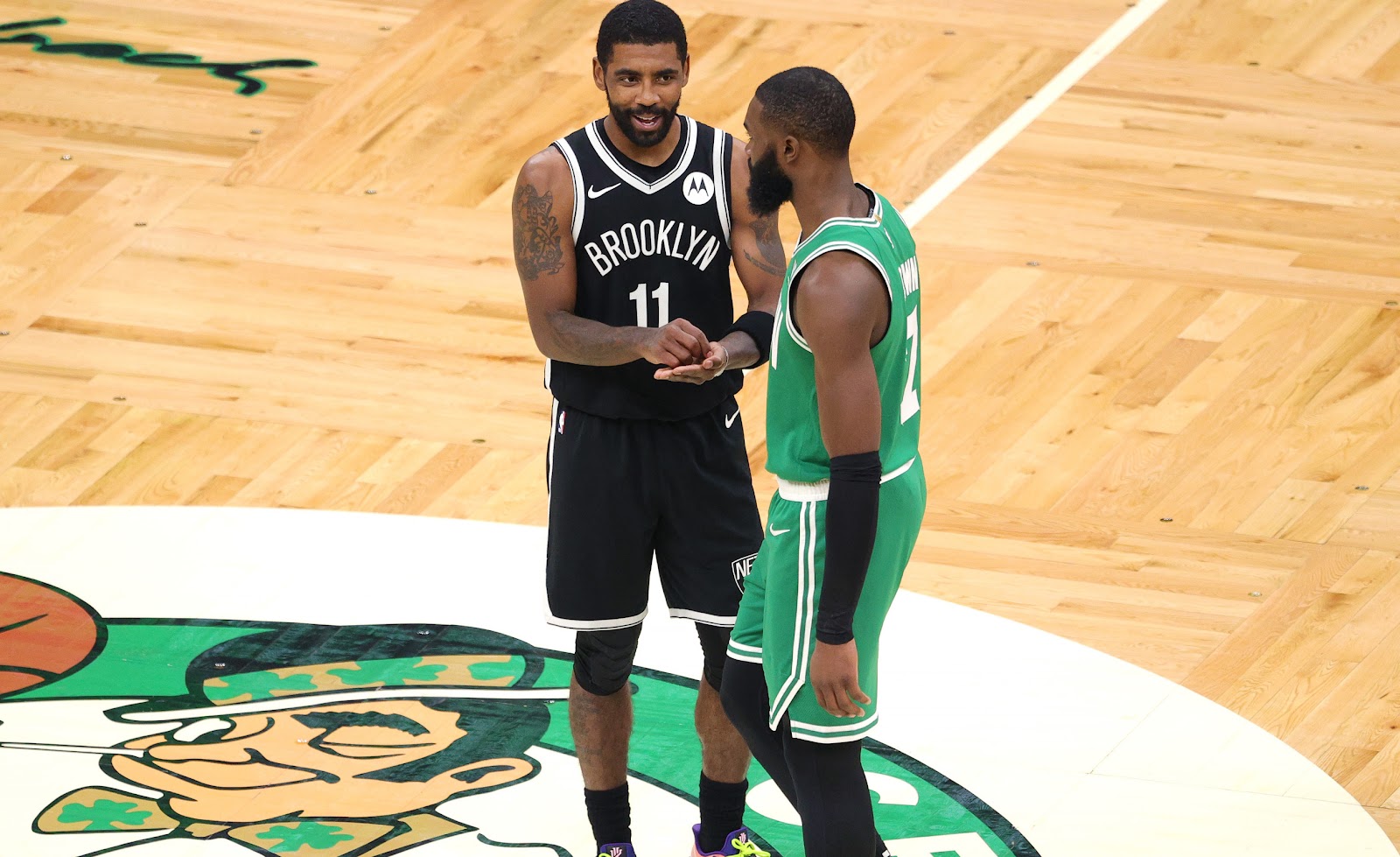 When the Brooklyn Nets suspended Kyrie Irving for a minimum of five games, he apologized shortly after. But the Nets gave him a series of items he must complete before he's accepted back. They are:

“I don't believe Kyrie Irving is antisemitic. “The terms for his return, they seem like a lot, and a lot of the players expressed discomfort with the terms. He made a mistake. He posted something. There was no distinction.”

Mark Stein has also opined/heard that the Nets purposely created a list that they believe Kyrie won't be able to complete, so that they can release him. It should also be noted that many in the Black community outside of the NBA are also unhappy with the Kyrie Irving punishment.

So this is a bit of a sticky situation for the NBA. Nike severed its ties with Irving over the comments, but the idea that the only people standing with Kyrie Irving were some alt-right, White, Neo-Nazi crazies is off.

The NBA appeared to be hoping that their players who are predominantly Black would rally against Kyrie and anti-semitism the same way the Jewish community supported the Black community during the summer of 2020, but that hasn't happened. Similar to Jaylen Brown, I don't think many NBA players think Kyrie is antisemitic. So for them to bash and cancel him like many others are asking, has been a tough sell.

My guess is Adam Silver will try to figure out a way to appease all sides here, so Irving's suspension will end at 5 games and people will stop talking about this. What he doesn't want is it to appear (or come out) that a decent amount of NBA players side or agree with Kyrie on anything here. That's the NBA's worst fear. So figuring out a compromise will be the NBA's goal this week.