Jaylen Brown calls out Nike as a hypocrite 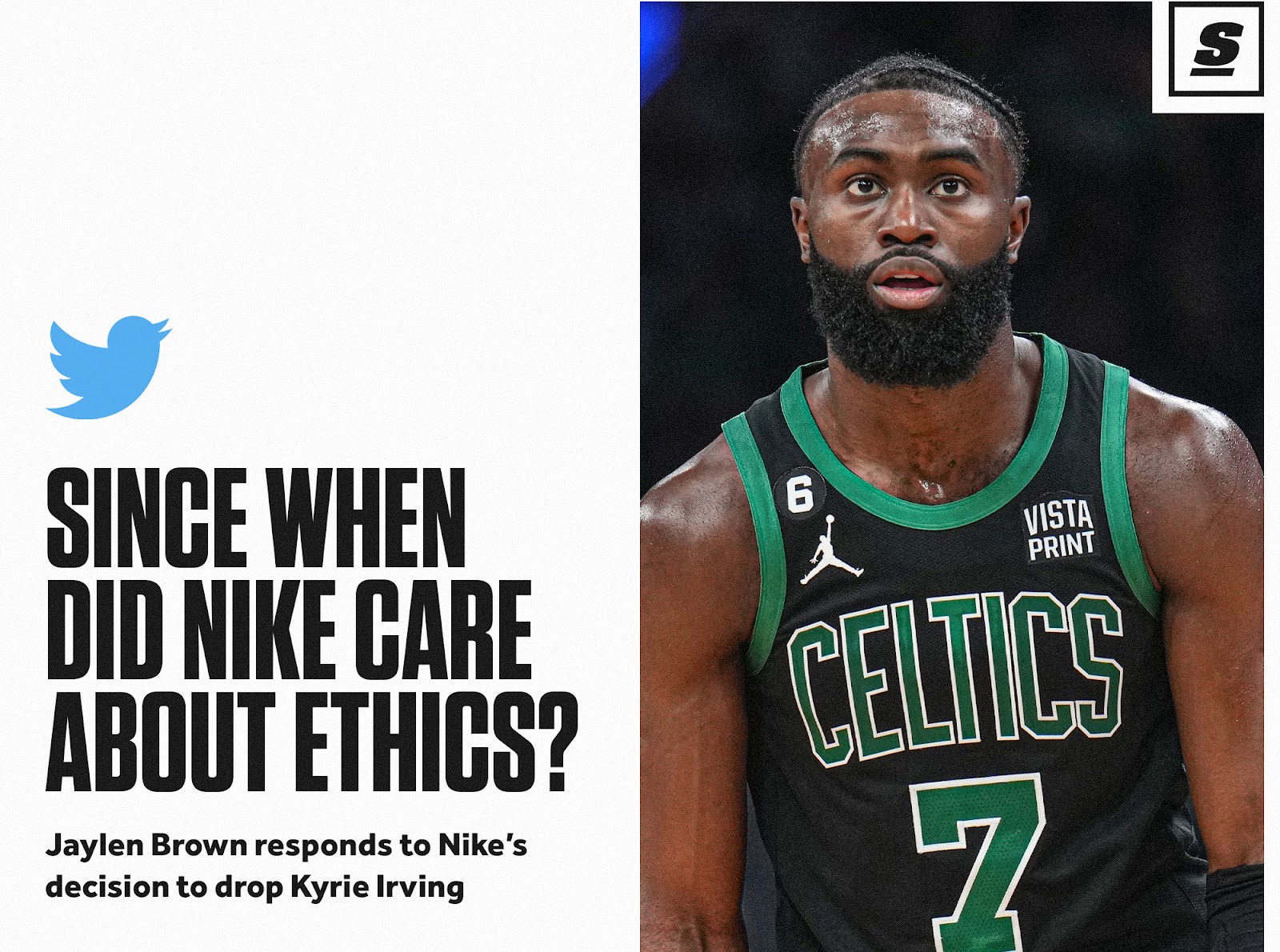 Since when did Nike care about ethics? https://t.co/f8t2eY994v

Similar to Adidas which severed ties with Kanye West after he tweeted antisemitic remarks, Nike has discontinued its partnership with Kyrie Irving over his recent antisemetic scandal. Jaylen Brown found it rather rich for Nike who has a history of their own issues to call out Irving. One could argue that Nike had 11 million reasons to stop working with Kyrie, that didn't involve ethics, but instead dollars.

Nike has been accused multiple times in the past of worker abuse and using sweatshops to produce their footwear and apparel in East Asia. NBA star players have for the most part avoided human rights violations that don't effect Americans. Former Celtic Enes Kanter Freedom and 76ers head of basketball operations Daryl Morey are two exceptions. China took action against the NBA on both occasions.

Jaylen calling out Nike isn't as risky a move and won't draw the same heat, since he's calling out an Amertican company in Nike, and not the countries where reported abuse occurs.