Celtics set a franchise record in 133-118 win over Knicks 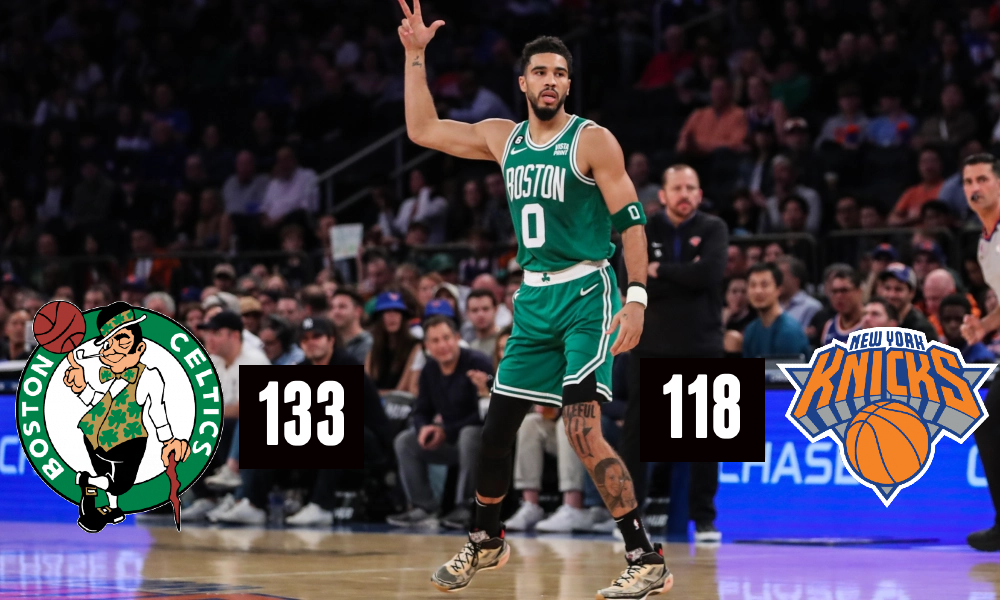 The Celtics were on fire offensively Saturday night in New York and hit on 27 3-pointers to set a new franchise record on their way to a 113-118 win. Jaylen Brown and Jayson Tatum connected on six 3-pointers each and finished with 30 and 26 points respectively to pace the Celtics.

In the 3-point NBA era we are currently in, a team hitting twenty-seven isn't unheard of, but the fact that they did it on fifty-one shots (53% shooting) is quite impressive. All nine Celtics who played Saturday night connected on at least one 3-pointer. In addition to the Jay's combining for twelve 3-pointers made, Sam Hauser hit a career high 5 of his own and ended up with a career high 17 points.

The Celtics broke their previous record of 25 which they just set in February. In fact the team's top eight 3-point tallies have all come since 2018. Don't be surprised if the Celtics break the mark they just set at some point this season.

The Celtics who played without Al Horford (rest) only led by one point at halftime, but pulled away in the 4th quarter. Boston improves to 6-3 on the season, which is much more pleasing to the eyes than the 4-3 they were less than 30 hours ago.

The Celtics head to Memphis to take on Ja Morant and the Grizzlies next on Monday night.

📽 All 27 of the Celtics franchise record 3-pointers tonight https://t.co/SjiJCeb1Ug pic.twitter.com/4ealpUPYkg