A Couple of Celtic & NBA Trends Thru Two Weeks of Play 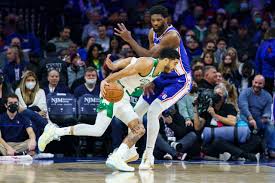 On Opening Night, were Rookie Coach Joe Mazzulla’s Boston Celtics trying to mislead the league – not to mention their fan base and a captive national TV audience – when 14 of their 82 Field Goal Attempts were launched from the “Mid-Range” (that is, inside the 3-point arc but outside the Paint)? Joe’s “dead-eyes” were successful on 12 of those currently out-of-favor scoring attempts. 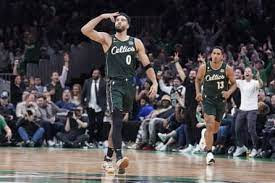 The Green Team reduced its Mid-Range shooting by more than half (only 29 total attempts) in the subsequent five games, and have attempted less than half as many Mid-Rangers as their opponents through six contests (43-111) – a mere eight percent of their total shots, compared to 21% for the other guys.
Free Throw Attempts are quite even so far, both Boston and the opposition ending an average of 10 possessions per game with two (or more) FTA’s – 59 “Free-Throw Conversions” for the C’s against 61 for opponents.
But Boston has taken 10 more 3FG’s per game than the “bad guys” AND has been more accurate from that range (.399-.379).
Indeed, the Mazzulla Crew tops the Association in usage rate for the three-ball, with a 3PAr of .477 – the C’s are one of eight teams currently taking 2+ out of every five shots from behind the arc. 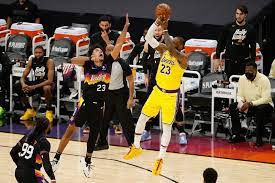 Unsurprisingly (and according to basketball-reference.com), the “average” distance from the hoop of a Boston FGA this season has been 15.4 feet – that’s second in the league only to the defending champion Warriors (who rank No. 5 in 3PAr at .441).
Now, I must admit that my old-school sensibilities get a bit ruffled at the notion of all these “low-percentage” shots being launched so regularly …
… but did you know that, through 14 days and 102 games, the team that compiles more successful three-point shots has compiled a record of 72-20-10 … that’s a .783 winning percentage, a trifle superior to the ’21-22 season (767-382-81, .668).
Abacus Revelation for the Road 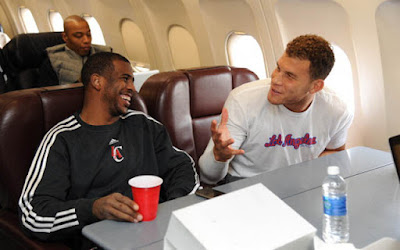 Presumably in an attempt to ameliorate the burden of travel for teams and personnel, the NBA in recent times has been scheduling a number of games where the same two teams will play each other in consecutive games, generally with an “off day” in between.
This season’s schedule includes 71 such “back-to-backs,” 15 of which will (however) require the teams to move from one city to the other.
There seems to be little rhyme, reason or balance being utilized in this strategy … for instance, the Houston Rockets and Toronto Raptors will participate in NINE such series, while the New York Knicks are scheduled for just one and GSW’s 82 games include no such match-ups.
The NBA slate has included eight instances of this arrangement through two weeks, five of which resulted in a 1-1 split (Tor at Mia, SA at Minn, Ind at Bro, Phil at Tor, Hou/UT each won at home). Utah also took two at home from Memphis, as did OKC over the Clippers, while Atlanta swiped two in Detroit.