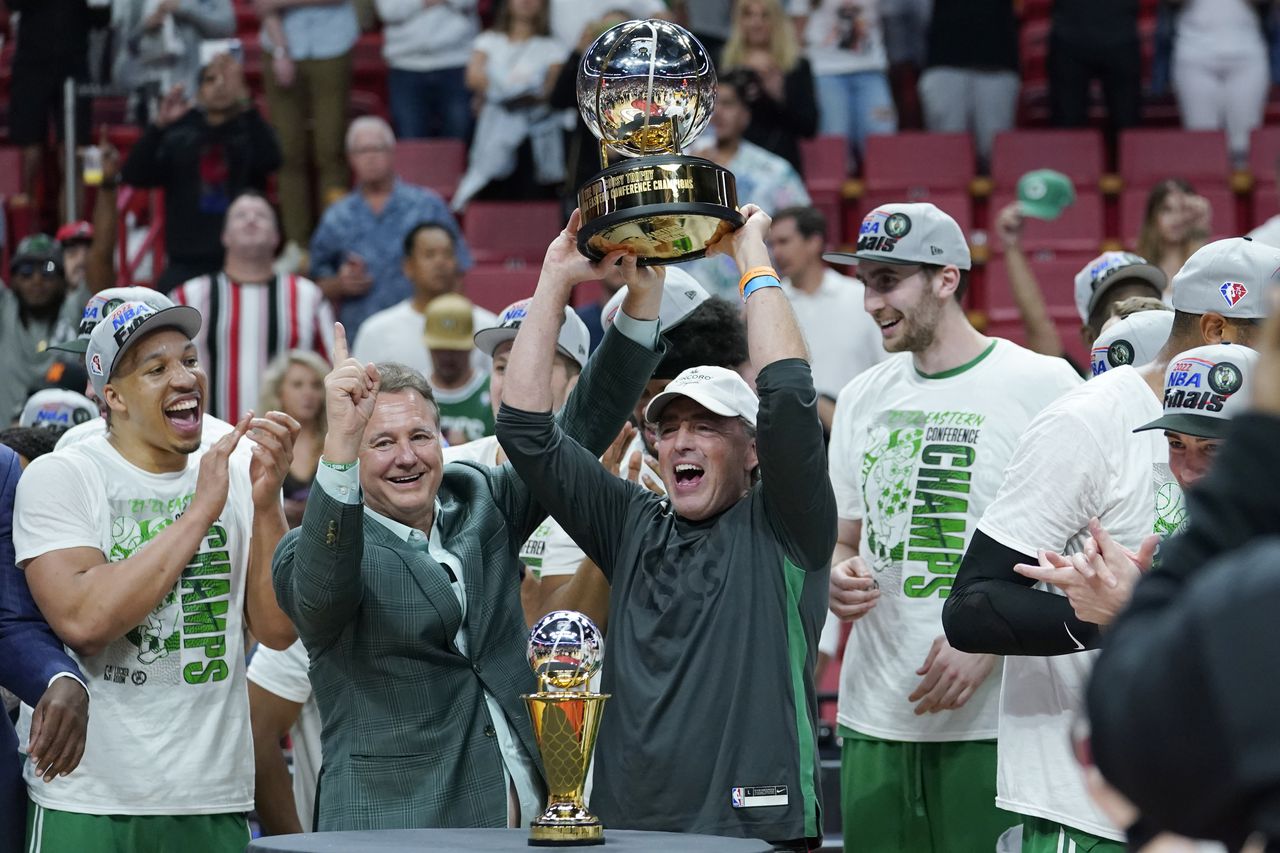 According to Forbes, the Boston Celtics franchise's value went up 13% the past year and now stands at $4 billion. This despite the stock market falling 15% in that same time. The Celtics were valued as the 5th highest franchise, behind the most populace US cities of Chicago (Bulls were 4th highest), Los Angeles (Lakers were 3rd highest), and New York (Knicks were 2nd highest).

But the there's a reason that the Golden State Warriors can pay exorbitant amounts of luxury tax. They took the top spot at a whopping valuation of $7 billion.

The current Boston Celtics ownership group purchased the historic franchise for $360 million in 2002. So Wyc Grousbeck, Steve Pagliuca, and company have made over $3.4 billion in just the value of the franchise escalating over the past 20 years.

Owning an NBA team has been a cash cow. Even owners for small markets make a ton due to their value increasing, as well as getting paid from the luxury tax collected. Everyone (who were already stinkin' rich obviously) is becoming much more stinkin' rich by owning an NBA team. This is why the Warriors ownership doesn't care about their tax bill. They are going to make dumb money regardless of their tax bill, so might as well also win championships.

The Celtics were forced to enter the luxury tax land this season due to retaining Al Horford. Then they went a good amount more into it due to the Malcolm Brogdon deal. But I'd argue they are still being a bit too conservative with their spending. They allowed the massive Evan Fournier TPE to expire and they passed on extending Grant Williams. Already I've seen fans argue that Williams is going to get too expensive, so they understand if the Celtics want to replace him with a cheaper alternative.

But why? When you're far over the cap, letting your own productive free agent walk is never a good idea. Because, as most knowledgeable fans are aware of, you can't just use that money on someone else. The Warriors can re-sign Andrew Wiggins and Jordan Poole. If they let them walk, they'd have to replace them with guys making the minimum. The same goes for if the Celtics let Grant Williams walk.

Hopefully the Celtics ownership will prioritize winning over everything else during this Jayson Tatum era. In the end they will be making billions regardless.