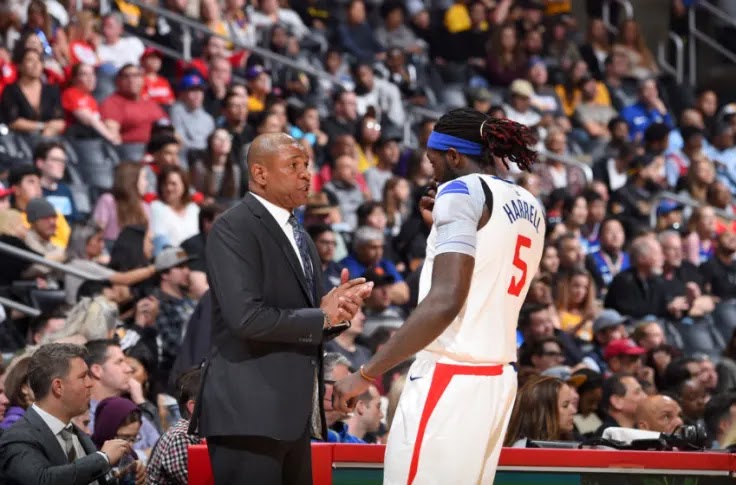 With recently signed Danilo Gallinari out for up to the entire season, the Celtics are in need of another player capable of playing minutes at the 4 or 5 positions. Boston has said they are in no hurry to replace Gallinari, but there is some smoke around a Carmelo Anthony potential signing.

Another option was to go for the most likely top available free agent left on the board in Montrezl Harrell. You couldn't play him next Robert Williams, but he could play next to Al Horford or any other big on the Celtics roster. He also could fill in for the games Time Lord misses. But the Celtics never seemed to make an attempt to sign Harrell and instead he will sign with the Philadelphia 76ers on a 2 year deal. He reunites with his former Clippers head coach Doc Rivers.

ESPN Sources: Free agent C Montrezl Harrell is signing two-year deal with the Philadelphia 76ers, including a player option. Harrell brings more toughness to a team searching for it this offseason. He was Sixth Man of the Year with Doc Rivers/Sam Cassell in 2019-2020 w/ Clippers.

Harrell blossomed under Doc and ended up winning a 6th Man of the Year award in Los Angeles. Harrell was rumored to be signing a very lucrative deal with the Charlotte Hornets in the 2020 offseason, but then he and his agency Klutch Sports oddly spurned the Hornets for a much smaller deal with the Los Angeles Lakers.

With the extra cap space due to Harrell's bizarre decision, Michael Jordan was then able to increase his offer to then Celtics free agent Gordon Hayward. That gave Hayward another lucrative option and when Danny Ainge kept wanting more from the Pacers in addition to Myles Turner and a 1st rounder in a sign-and-trade, Hayward figured he should take the Hornets newly increased offer before it was too late.

The Celtics then sign-and-traded Hayward and two 2nd round picks to the Hornets to obtain a TPE, which they later used to take back Evan Fournier's contract in a trade. Boston gave the Magic two more 2nd rounders in that trade. Then Boston sign-and-traded Fournier to the Knicks for another large TPE, but that expired this summer.

Harrell after a poor year with the Lakers was traded to Washington and then flipped to Charlotte. He got in trouble with the law this offseason, but last week his felony drug charge was downgraded to a misdemeanor.

James Harden played a part in bringing Harrell to Philadelphia too --- both with his contract creating roster flexibility and recruiting him to take on the role of backup center with the Sixers. They have history together with the Rockets.

Harrell will back-up Joel Embiid on a strong Philadelphia team. We will continue to monitor the Carmelo Anthony situation.